I am connected on the Facetubes to several individuals who are—and I am being as kind as I can here—seriously whacked rightwing nutjobs.

Because I am trying to be a better person every day and in every way,  I generally do not respond to the crap they post about politics, but merciful Cthulhu they have gotten on my last nerve.

I present to you some of the stuff they have posted this week. 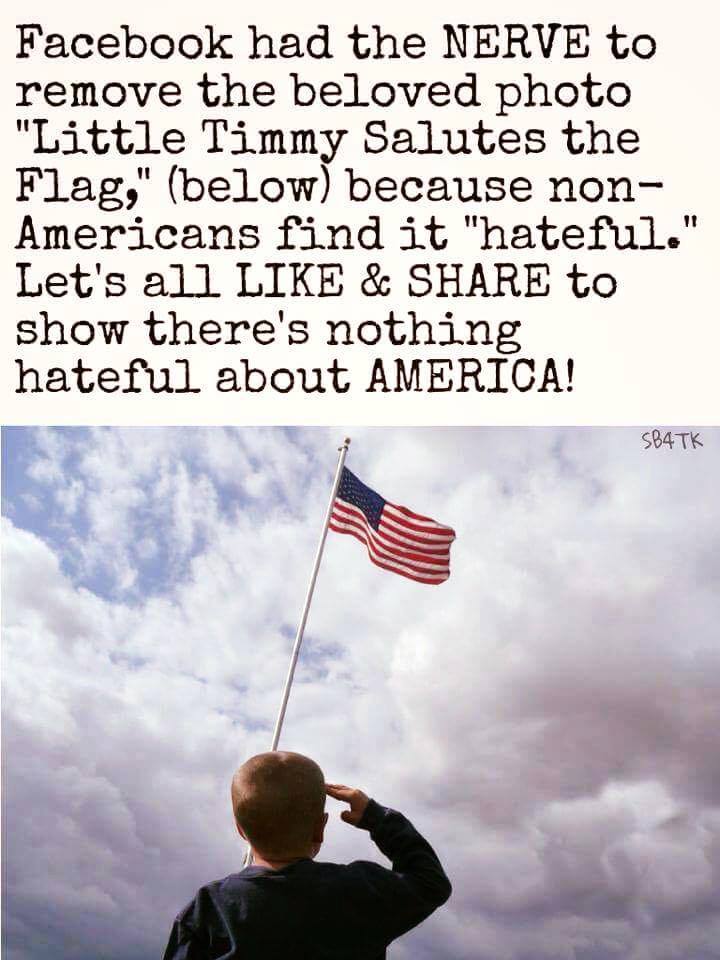 ::sigh:: Who makes this stuff up?  It’s not true, it’s never true, and yet people post this crap all the time.  First of all, “beloved photo”?  Really?  Okay, sure, maybe members of the DAR all have this on their walls, I don’t know.  But it’s not even a good photo.

But again, who made this up? And why do people believe it?  That second question can be answered with “Because they want to preen their patriotic feathers.”  They are patriots; you are not.  “They hate us because of our freedoms.”  No, not really, and embracing chauvinism as a virtue is not very attractive.

But who made this up? 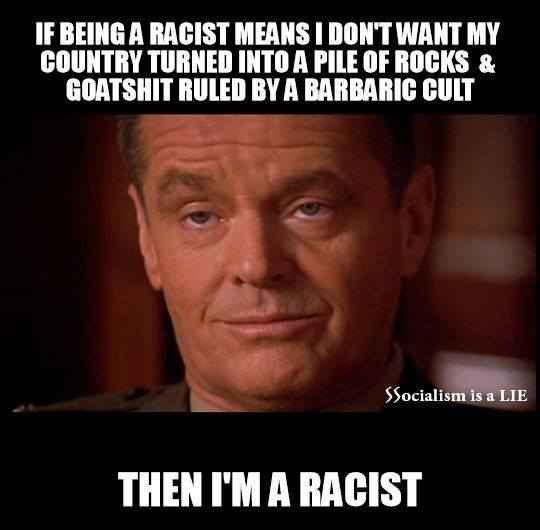 Yeah, I get it.  We can’t handle the truth.  For differing values of truth, apparently.  What does the geography and culture of the Middle East have to do with… I don’t even know what their point is here, other than they hate Muslims.  And yes, dear, you’re a racist, even though Islam is a religion, not a race, and socialism has nothing to do with the Nazi SS.  Those are your guys, not ours. 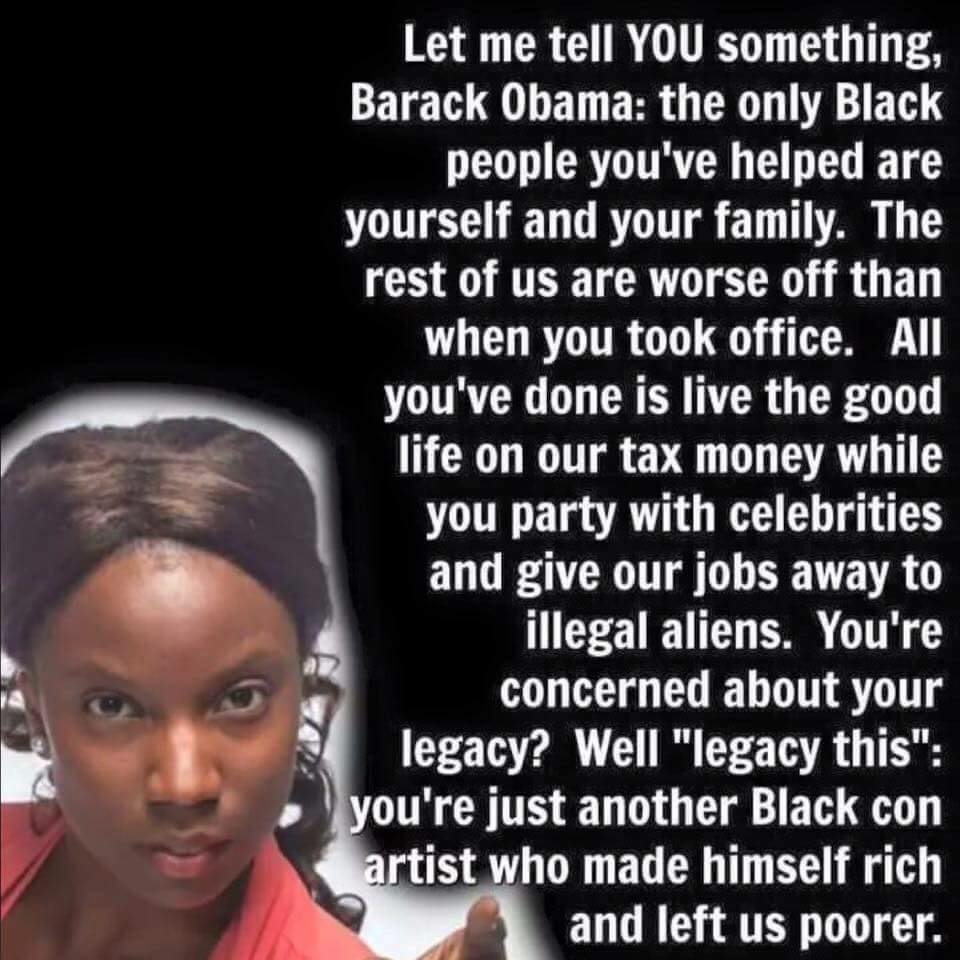 The idea that the “rest of us” are worse off than in 2008 is laughably false.  No, salaries are not where they need to be, but that ain’t because Barack Obama “gave away jobs”—how does that even work??  I think it’s a hoot that whatever rightwinger cooked this one up at least gives black people credit for paying taxes; their usual position is that Those People are moochers. 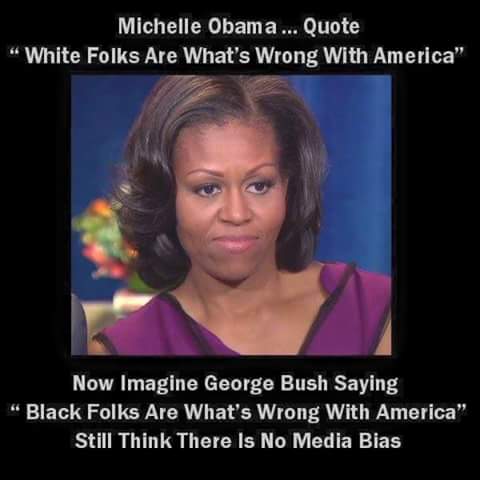 And then there’s Hillary.  There’s plenty that can be said about Clinton that is true1; why post absolute fabrications? 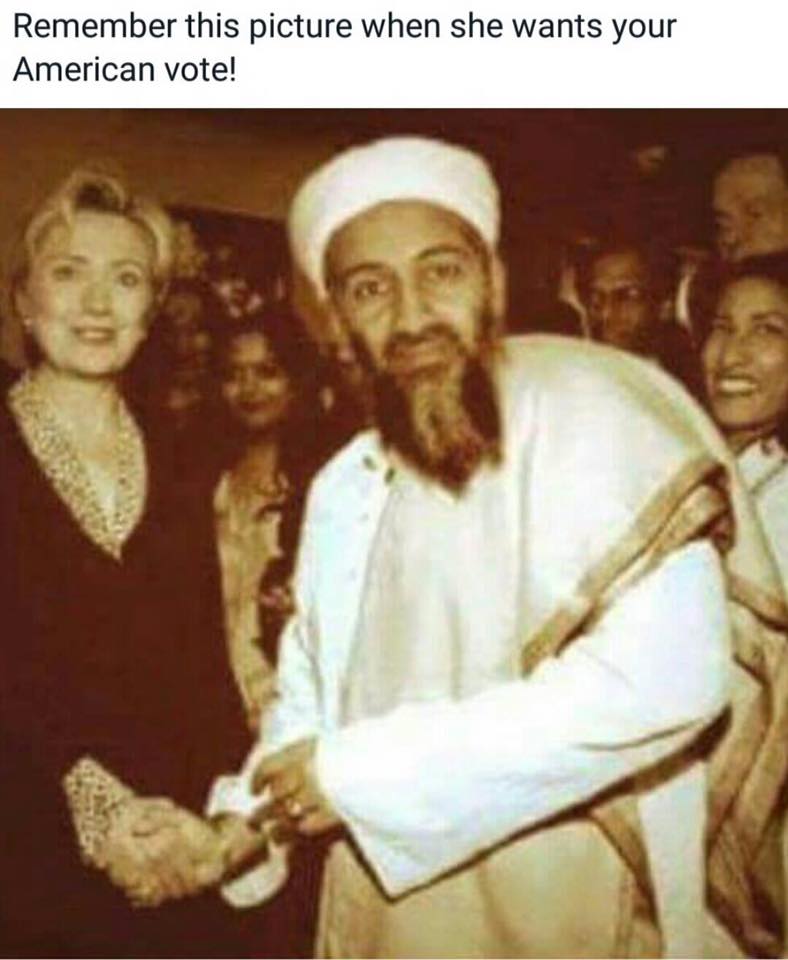 Created for a Photoshop contest. 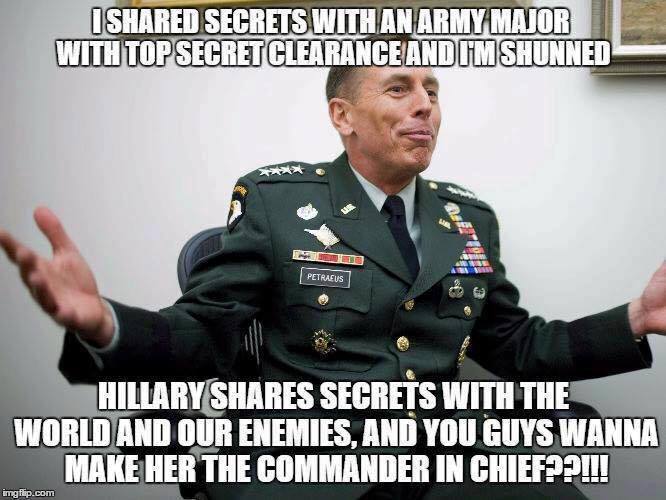 Nothing in this meme is true.  Nothing.

And now we have the whole tsimmes about who poops where.  The ignorance and cruelty is astounding. 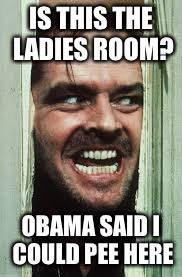 Oy.  You can see why I don’t respond on the Facetubes to these idiots.  Can you imagine trying to get them to comprehend, much less empathize with, those whose gender is not the same as their birth certificate? Why, it would be almost as hard as getting them to understand and admit that the problem they’re trying to solve2 doesn’t exist.

Would it be snide of me to mention that the individual who posted most of these also posts this: 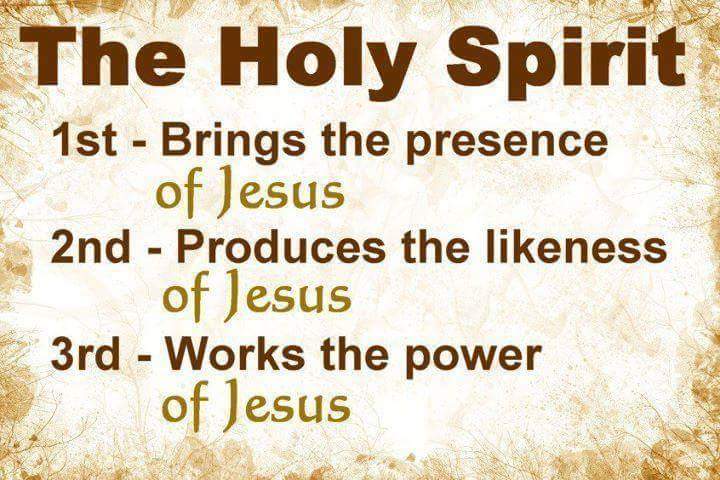 1 Check out any Bernie supporter’s Facetube feed if you don’t believe me.

2 Spoiler alert: they’re not trying to solve it.  They’re trying to fear-monger to get out the amygdala-dweller vote.