That is the sound of rightwing nutjob’s brains when they are invited to leave a comment on a World Daily Online article entitled OBAMA ANNOUNCES HORRIFYING NEW EXECUTIVE ACTION. 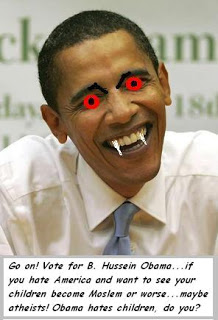 First, a little background.  World Daily Online is one of those nutjob aggregators that take brief snippets of news, rewrite the lead-in, slap a clickbait headline on it, and conclude with “Tell us what you think in comments.”  You will notice, if you take a look at the main page, that the screamy headlines are all a bit similar.  If you believed WDO, President Obama and Hillary Clinton do nothing but PANIC, and you yourself will constantly be either ill or in disbelief with the events of the day.

For your average conservative nutjob, it’s the perfect way to get your angerbear on first thing in the morning, and the comments are about what you would expect.[1]

So what HORRIFYING NEW EXECUTIVE ACTION is Obummer guilty of this time?

Now, I don’t know about you, but an a la carte approach to cable offerings has been a desideratum for this dirty freaking hippie for some time.  Why am I paying for shopping channels or entire channels devoted to the exploits of dead golfers or sitting in boats or college football players who are now more geriatric than I am?

Also—and here the nutjob and the hippie are of one mind—are we not concerned to the point of rebellion over the ickiness of huge, practically monopolistic corporations?

So here the Muslim Kenyan Usurper says, hey, I think we should give the people more choice in how their money is spent, and how do the nutjobs react?

They can’t do it.  They cannot say, “Wow, even a blind squirrel finds a nut every now and then” or “Even a stopped clock is right twice a day” or any other sequence of words that would give the MKU any props whatsoever.  They simply cannot do it.  The comments are an amazing study of cognitive dissonance.

I love that the article has over 2500 FaceTube shares of this HORRIFYING EXECUTIVE ACTION. I am amused that the authors of the website didn’t bother to recast any of the actual facts, so that their readers get the news that something they probably have bitched about is being supported by the MKU, straight up.

I’m a little concerned that—and this will shock you—the headline and lead are completely offbase in their characterization of the event.[3] The angerbears, who I am willing to bet are not getting their news from any actual news source, now firmly believe that they have one more example of the MKU’s blatant disregard of the Constitution.[4]  If you were to engage one in discussion, their unshakable faith in the perfidy of Barry Hussein Soetero Obama would be an irritating, teflon-coated wall, impervious to actual real Things, and this article will have contributed to that.

Oh well.  As the sage once said, “Everyone is entitled to his own opinion, but not his own facts.”  It’s just amusing that some brains can’t process some facts when they don’t agree with their opinions.[5]

[2] Read the comments.  They’re a hoot, and a great way to get your eyebrows and jaws their exercise first thing in the morning.

[3]  Here’s the Washington Post article.  See if you can tell the difference. That’s right, Billy, “urging” the FCC to do something is not the same as “issuing an executive order.”

[4] Unconstitutional?  Meh.  It’s a gray area, but most jurists are inclined to give the sitting President the benefit of the doubt.

[5] Actually, most brains can’t, but don’t get in my way when I’m being mean to nutjobs.