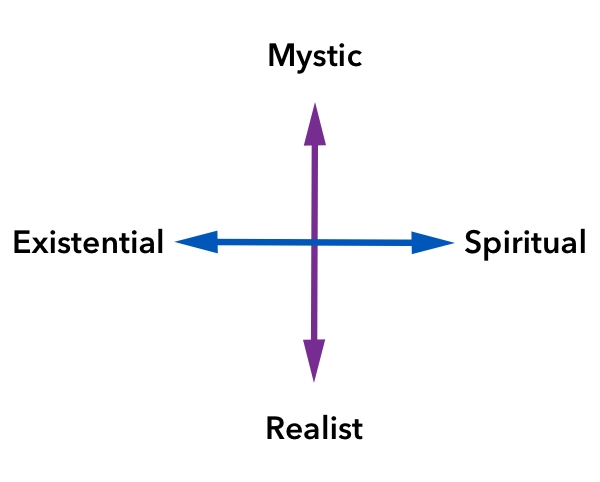 As the title says, so what? We have a perfectly serviceable model for placing ourselves in a matrix to define our approach and response to woo. So what?

When I proposed the idea, we joked that we could create one of those Buzzfeed quizzes that would ask you 20 questions and place you on the matrix: 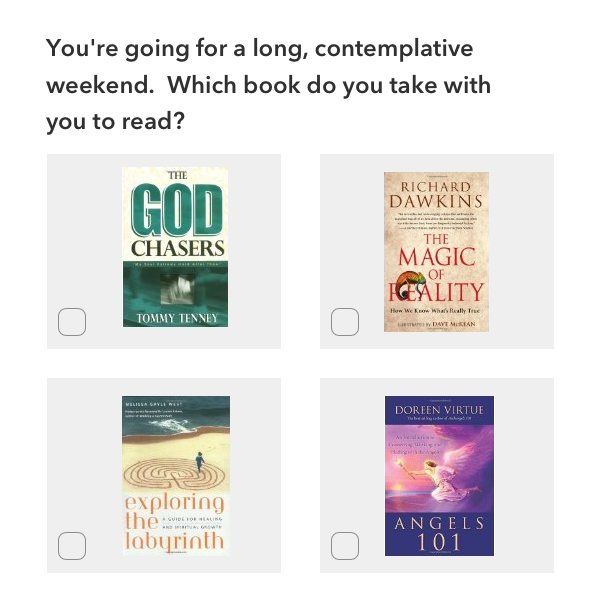 That kind of thing. And then you get your results: 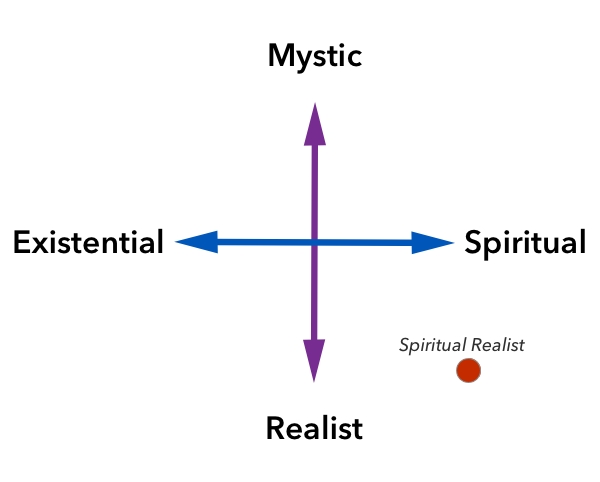 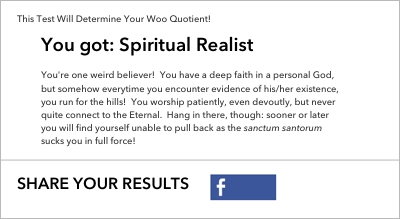 Honestly, I can’t see any difference it would make in anyone’s life to have their self-knowledge confirmed, any more than it does to know that one is in fact a Slytherin or that one really ought to be living in Oslo. For one thing, and let me make this clear, the REMS scale is descriptive, not prescriptive. No end of the scale is pathological, so there’s nothing to “fix” in anyone who finds themselves to be a Spiritual Mystic.

Instead, we could use it l like we use the Myers-Briggs or the True Colors instruments: not only as self-knowledge but as a tool for understanding our interactions with others. Just as those of us who are “green” have learned not to rely on “reds” for planning and execution but instead to use their energy as a motor for the project, knowing that one’s significant other is at the opposite end of the quadrant would be helpful in understanding that no, they do not want to join you in the couples crystal workshop.

But but but, I can hear you sputter—mainly because my brain is doing the same thing—surely it’s important for them to understand that woo is/isn’t (pick one) real!

So let’s talk about real woo.

Recently an alert reader sent me this article to read and asked if perhaps this indicated that woo is in fact measurable, objectively provable. I replied that I thought that the experiment wasn’t measuring woo, it was measuring physiological responses. If it had tried to measure enlightenment, that would have been wootastic.

I said that at the risk of falling into the No True Scotsman fallacy, I thought that if it can be measured, it’s not woo.

In other words, the Woo that can be named is not the Woo.1

I think that another strength of the REMS scale is that it frees us from the discussion of whether the woo is real—some people are inclined to grant woo an external reality, others are disinclined. Whether we’re talking past life regressions, or chakra balancing, or shamanic journeys, or the One True God, the REMS scale just sorts people into their approach and response to that.

1 I am particularly proud of that formulation.

2 In discussion, tell me whether you think we’re done here. I always feel I have left something on the table when I write these things. But what?