Yes, I know this is shooting fish in a barrel, but in case you have arrived at this blog thinking that somehow Victoria Jackson—or anyone who thinks like her—has a point, let’s try a little Think & Do exercise, shall we?

Here’s your worksheet.  (No fair peeking at the answer key.) 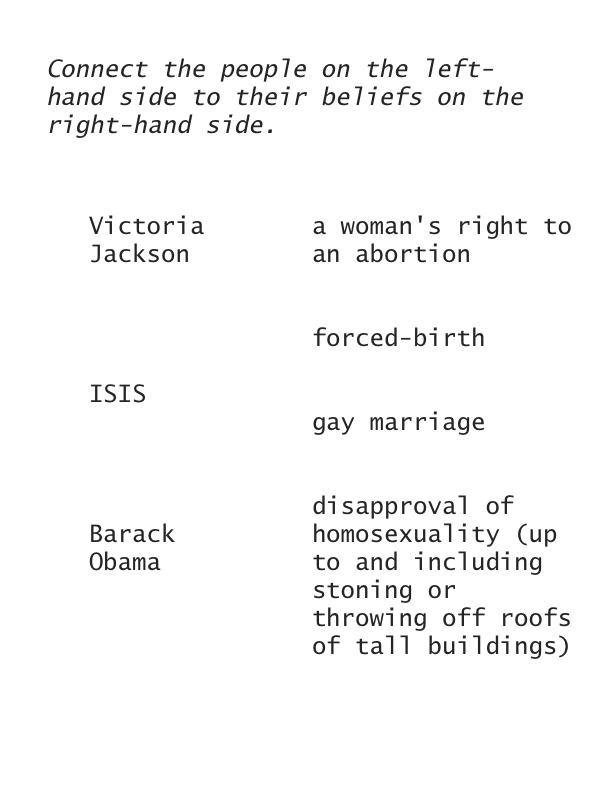 So if that’s not the question—and really it’s not—then what is?

The question is, why is Victoria Jackson on the teevee and the radio and internet?  Didn’t we used to shake our heads sadly as these people would stand on the street corners and tell us that JFK was a Communist?  What happened to our discourse such that conduits protected under the First Amendment as “press” give this sad sad person a place to say her crazy stupid things?

(There is actually probably a discussion to be had about the Fairness Doctrine here, but let it pass.)

I’m pretty positive that Ms. Jackson is completely sincere when she says she cannot understand why the nation as a whole does not see what she sees.  Just as this guy really believes he’s doing the Lord’s work, or this guy believes he’s protecting the citizens of our fair state from… something… Victoria Jackson believes—totally, without let, and most sincerely—that Barack H. Obama is an “Islamic jihadist.”  Her thread of evidence is completely batshit insane, but as Professor Peter Schickele always says, “Truth is just truth; you can’t have opinions about truth.”

I’m also pretty positive that Newsmax in no way thinks that Victoria Jackson is saying something true.  They don’t believe that Obama is an Islamic jihadist.  I’m willing to bet they don’t even believe he’s Muslim.  What I am positive about is that Newsmax finds Jackson to be a useful idiot who can help them delegitimize the President, to keep the half of this country who get their frissons from fear riled up and opposed to anything that Obama and/or his party stands for.  Unions?  Universal healthcare? Minimum wage?  “IT’S NOT TRUE THAT ALL OF THAT WOULD BENEFIT ME AND PEOPLE I LOVE CAUSE HE’S A MUSLIM COMMUNIST FASCIST SOCIALIST ARGLE BARGLE, HENGGH?” 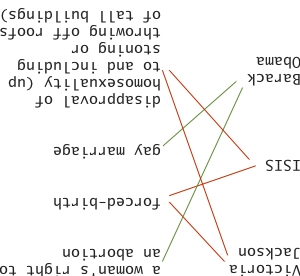