As probably none of you are aware, my lovely first wife has created a new cottage industry on my behalf, i.e., she told people I was selling goodies.  I think she thinks it will keep me off the streets.

This industry is called Fuzzy Labyrinth, and if you go look at the logo you’ll see why.

It started simply enough: the LFW asked me to make these yummy Parmesan Shortbreads with Fennel & Sea Salt for her coworkers for Christmas presents.  Of course, I couldn’t just put them on a plate—I had to design a gift box, complete with logo and label: 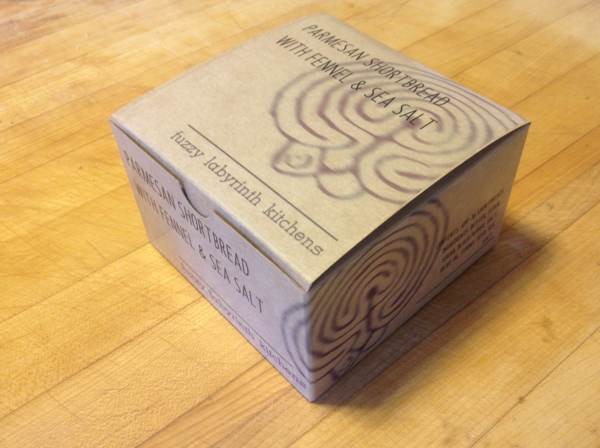 Isn’t that just hipster as hell?

Anyway, once people taste these things, they want more.  So for the last two weeks, I’ve been mixing and baking and printing and packaging these delicious little slices of addiction.  And selling them for $15/box, with 36 shortbreads in each box.  Amazing.

Here’s the most amazing thing about this, to me: I’ve been using these slats of wood that are 1/4″ thick to roll out the dough.  Pro tip: get thee to Home Depot and buy yourself some slats/lath/whatever, and then when recipes call for 1/2″, 1/4″, or Cthulhu help us, 1/8″ inch cookies, you got it made.  The slats I have are 1-1/4″ wide, so I was using those to slice the dough into strips, and then doubling that (2-1/2″) to get each piece.  The amazing thing is that these shortbreads then fit perfectly into those boxes, eight stacked on a side, pinwheel fashion, with room for the final four to stand in the center.  This made me happy throughout my dark soul.

The problem was that rolling out the dough, though made easier with the slats, was still a pain.  It took a while to roll it out, slice out some rectangles and bake them, then go back and reconfigure the dough at least two more times to squeeze as many pieces as I could out of a batch.  I always ended up with a little lumpen-shortbread which I was glad to devour instead of passing it off onto a customer.

So if I was going to be making a lot of these things—and it appears as if I will be—then I needed a way to make this automatic.  My calculations showed me that I could get 49 shortbreads out of each batch, i.e., a 7 x 7 grid.  I did some maths, and here is what I did today: 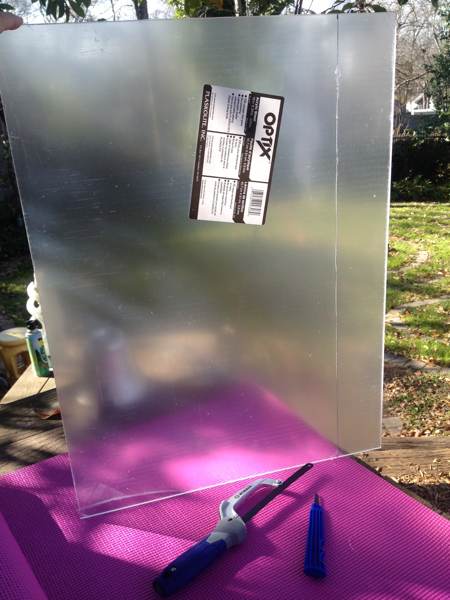 I went to Home Depot and bought a piece of Plexiglas, 1/4″ thick.  I wanted wood, but as you probably know most wood products are not actually their stated measurements.  Slats and lath are, but there were no pieces wider than 6″.  So Plexiglas it is.  In the above photo, you can see where I’ve started scoring it with the handy little tool I bought to do that with. 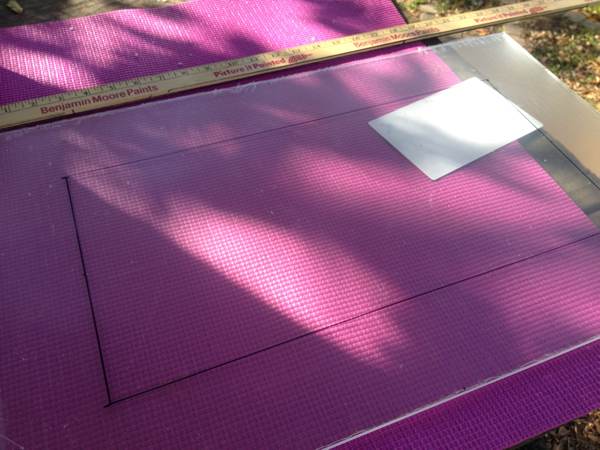 Here’s where my plan fell through: 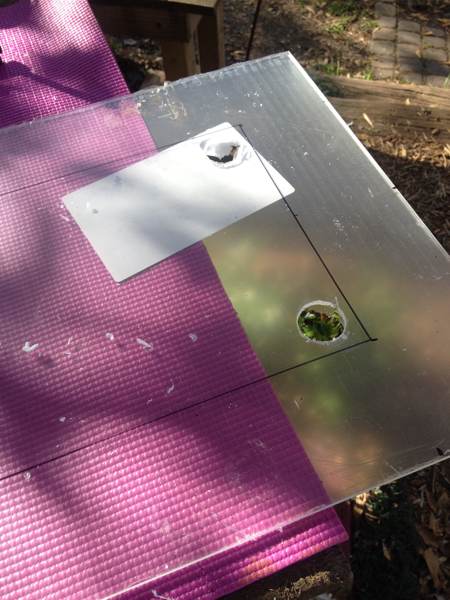 I know enough to drill holes so you can get your jigsaw or sabre saw or hacksaw or whatever into the middle, so that was fine.  The problem was that I didn’t seem to have a jigsaw.  I had bought a hacksaw that actually could poke out and cut that, but  four or five strokes was enough to convince me that way madness lay.  Off to my friend Craig’s house, where you will remember I had him rabbet the grooves into my staff for 3 Old Men.  He has tools. 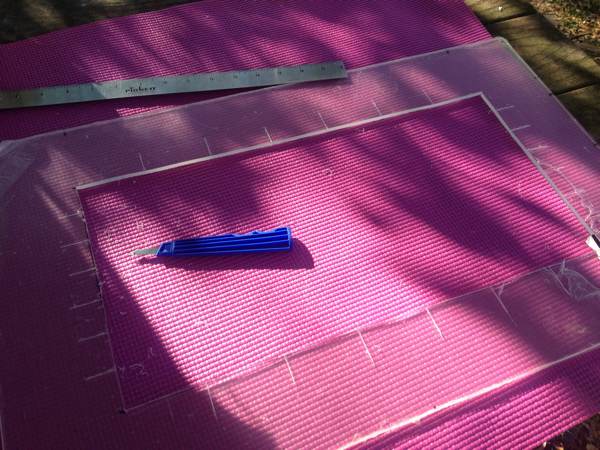 Back from Craig’s, I measured out on each side the markings for cutting the dough, then used the scoring tool to cut shallow grooves into the border.  Peel off the protective film, wash it, and we’re ready to go.

Here it is in its natural habitat, with a slab of chilled dough ready to be attacked:

And here’s a close-up of the etched markings: 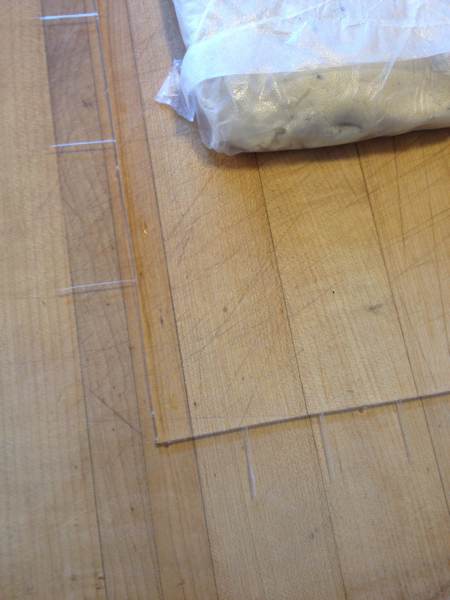 And finally, here’s the final product: 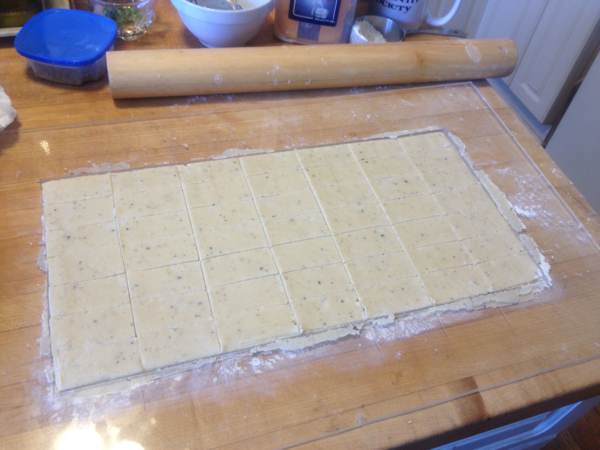 Sweet Cthulhu, that was amazing.  Just roll that puppy out into the corners, cut the dough (using our old friends, the 1/4″ slats, as guides) and we’re ready to roll.  I cut a good 10-15 minutes off the time it takes me to get a batch produced!

Genius, I tell you!  Genius!