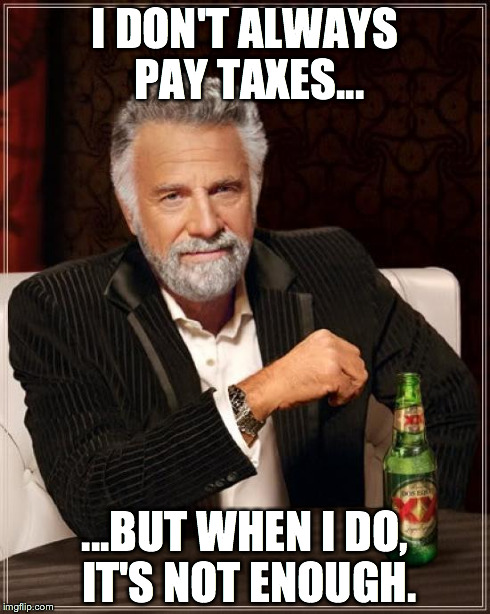 Who among us has not fantasized about winning the lottery?  It’s a regular source of amusement for me, and this week’s elections got me to thinking about how I could use my money for political purposes.

At our current tax rate, I’d owe about 39% of that in income taxes.  I’m not doing the actual research and/or math at this point—once I have a $5,000,000 annual income, I will pay lackeys to do all that—but if I were taxed appropriately, say at the rate under Ronald Reagan (blessings be upon him), I’d owe even more than that.

So what I would love more than anything is to taunt the average—and by “average” I mean “poorly informed rightwing idiot”—voter with a flagrant waste of my income, just because I can.  I’d make a video and release it on YouTube and wait for it to go viral.

My position is unassailable in conservative terms: it’s my money, and the government should have no interest in it.  Surely—surely—the average voter would begin to realize that “government” is, by extension, him.

Surely—surely—the average voter would begin to realize that even though this is a stunt (although make no mistake: I would buy a million dollar set of jewelry and smash it to flinders, a fact I would document in further videos/talk show appearances), it’s the whole taxation argument in a nutshell, and while I may be a crazy rich liberal, this is exactly what the über-wealthy among us do every day.

Perhaps they might even realize that, sure, the only person I “hurt” doing this is myself, but it doesn’t hurt me at all.  I’m rich.  I will always have more than that, and that would be true even if I were taxed out of that million dollars.

Isn’t it pretty to think so?