Recently we had landscape people come in and reconfigure the upper part of the back yard, i.e., “Ginny’s part.”  The plan is to make it an entertainment area, and it’s coming along nicely.

However, one part of the renovation was inadequate: 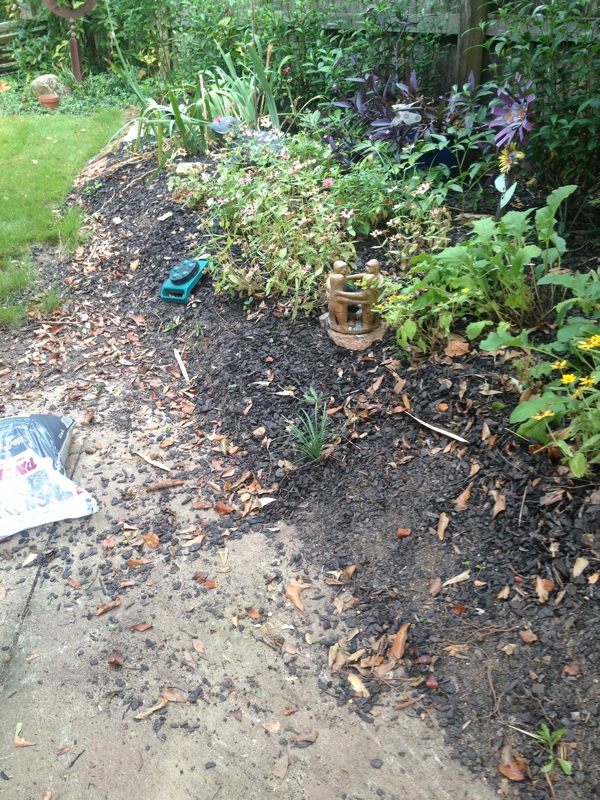 The edge of the flowerbed was just messy.  The black mulch spilled onto the driveway, and worse, onto the new zoysia lawn.  You can barely see at the far end where I began edging it with brick, which contained the mulch—but I ran out of brick.  (All the brick in our landscaping came from the old coal furnace chimney that was toppled when we added on the back of the house.)

So I decided to build a wall: 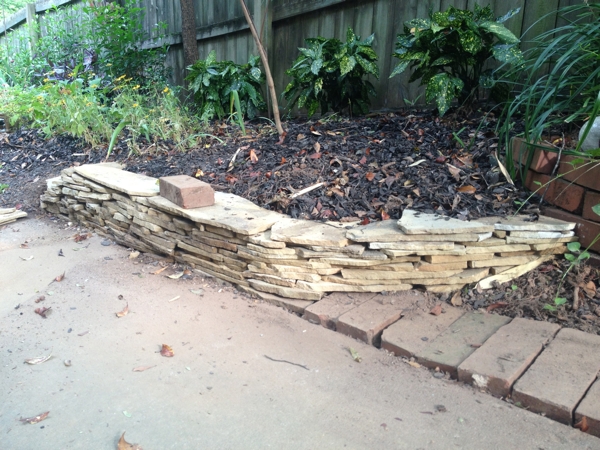 Here’s the beginning of it, swerving out of the existing brickwork at the head of the flowerbed.  This is about 200 pounds of flagstone, my first day’s purchase.  It gave me about five feet of wall and was enough to figure out what I was doing and how much I might need to complete the entire 25 feet or so.

The first aesthetic issue I encountered (other than blending the start of the wall with the brickwork) was that if I just followed the paved driveway straight to the lawn area, it would be an incredible boring straight wall.  So I curved it: 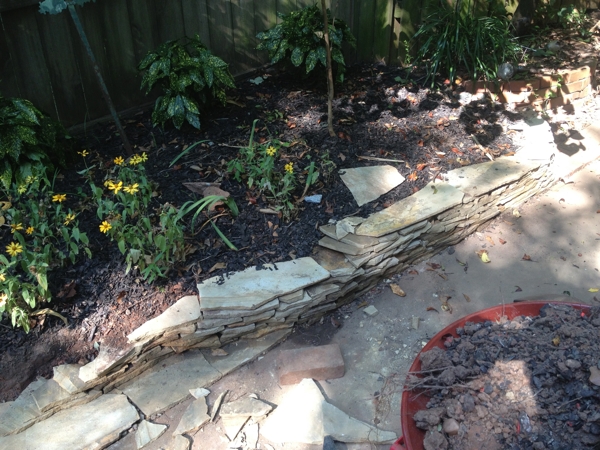 That meant having to lay in larger pieces for the first row; I thought about leaving that setback area for planting, but decided against it.  The soil at that level is mostly clay.

That photo is after I bought 400 pounds more of flagstone. By this morning, I had used all of it: 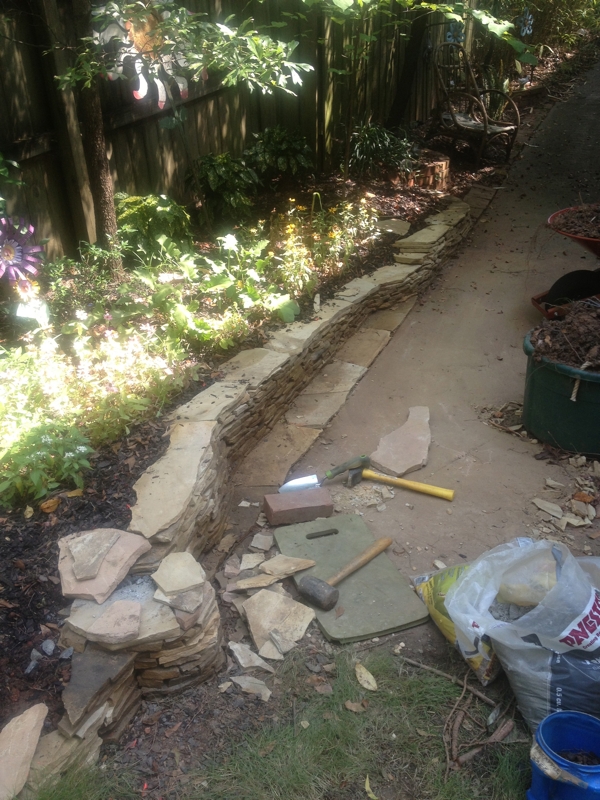 Notice what I’ve done there at the juncture of the driveway and the lawn: 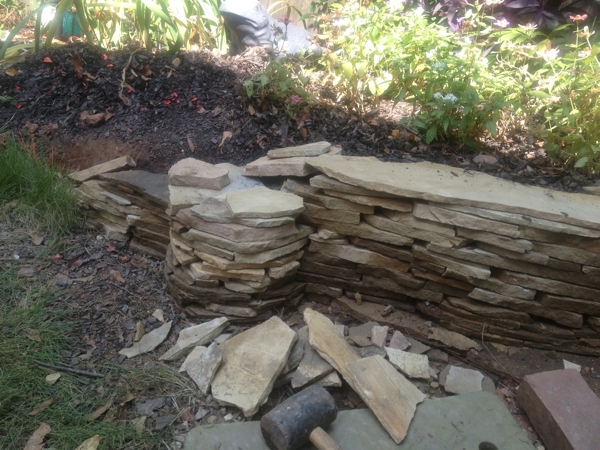 Since there has to be a “stepdown” in the level of the wall there anyway, I’ve added a little pillar that will be taller than either and which will serve as a platform for candles, etc.

All in all, an easy project and a fun one.  I’ll get the remaining flagstone tomorrow or Tuesday and have the whole thing finished by the middle of the week. 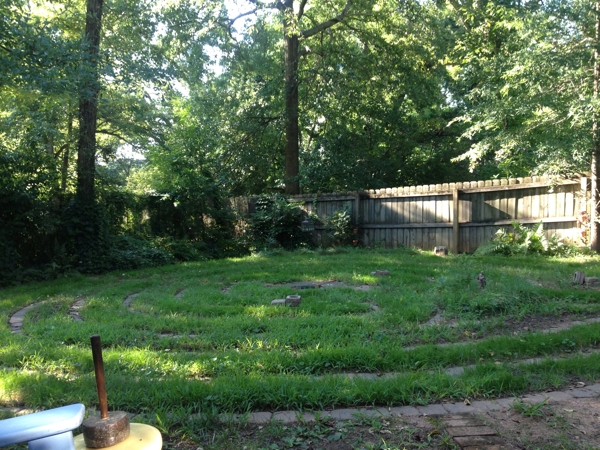 It doesn’t look quite this good at the moment.  A lot of the new grass which sprouted bounteously during the rains of a couple of weeks ago simply collapsed weakly without the rain.  Very frustrating.