I stopped by my now-favorite supplier of stones, whose name I forget but who is out on Hwy 34 next to the tropical fish place, and picked up this: 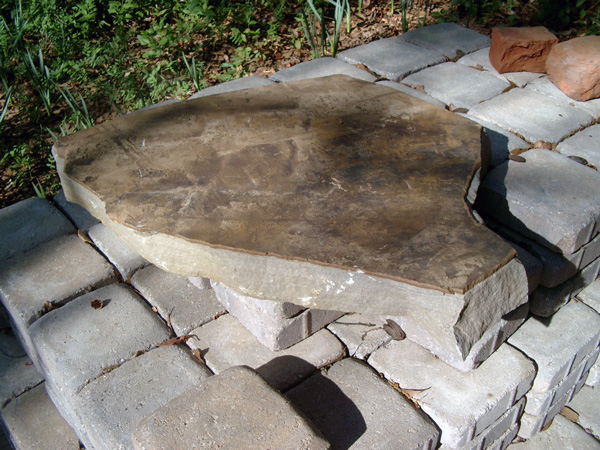 I’m going to try to make it serve as the basis for the westpoint sculpture. The young woman who helped me pick it out said that they had a guy making oil lamps out of rocks like this, and he used a blowtorch to burn the rock away. It’s worth a try, unless my grinder has some kind of diamond wheel attachment. The depression only has to be a quarter of an inch, after all.

There’s still the problem of drilling holes into it and balancing the thing. Something tells me there’s going to be a third piece of rebar holding up the front edge.

In other news, all the ferns I planted last year are reviving, with the possible exception of the three southern wood ferns that went where the tree fell. They don’t seem to be putting out any new growth. But look at everyone else: 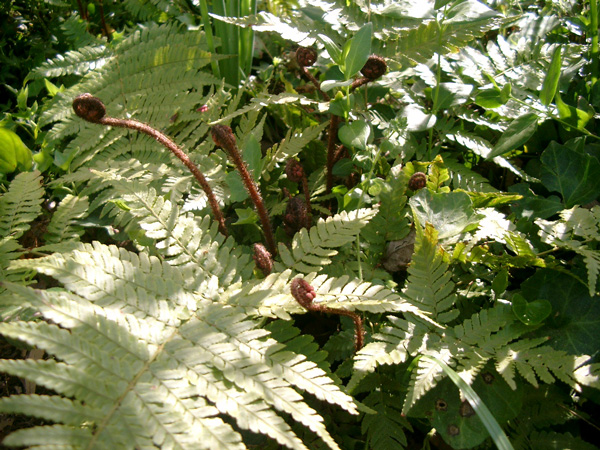 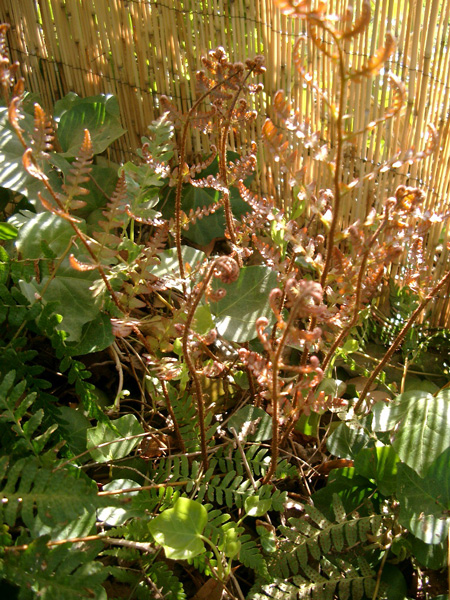 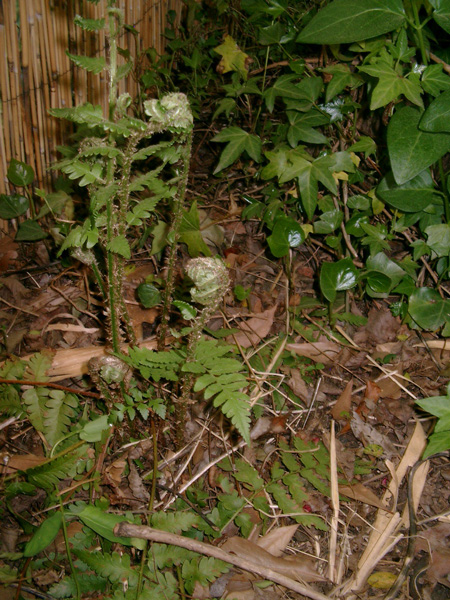 I wish I could get some clear pictures of the little painted ghost ferns. Those are delicately beautiful.

On the other hand, I think the cinnamon ferns over by the glider may have died. I know the Mexican male ferns that went by the entrance to the men’s loo did. And apparently I’m the only person in history known to have killed off ostrich ferns. I’ll plant some more and dare them to take over the southwest corner.