I went out to prep the labyrinth yesterday afternoon for an evening with Craig, lighting all the candles as dusk approached so that I wouldn’t have to do it later.

I got to the men’s loo, and suddenly realized… 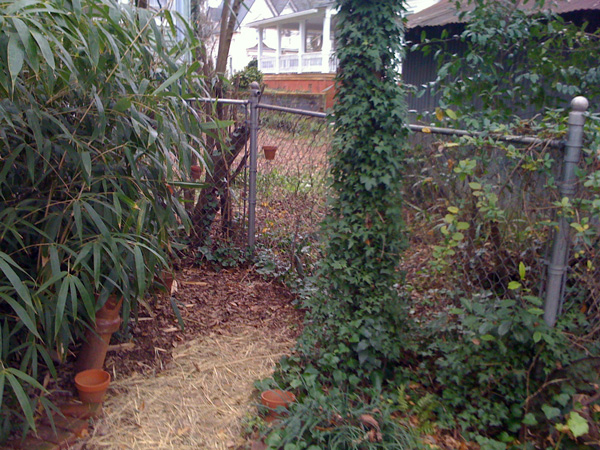 …there was no privacy. My neighbors had had all the shrubbery/underbrush cut down on their side of the fence. I don’t think it’s the Ellis’s exactly, they are not at home. I think it’s my other backyard neighbor, because all the growth on his side of the back fence is gone too. I think probably he did the Ellis side of the yard as a favor to them. (The dog pen in the area right there also appears to have been pulled out. I’d really like to buy that small piece of property. I’d really like to buy the shed as well, maybe have a studio or something in there.)

Here’s a view of the firepit area. 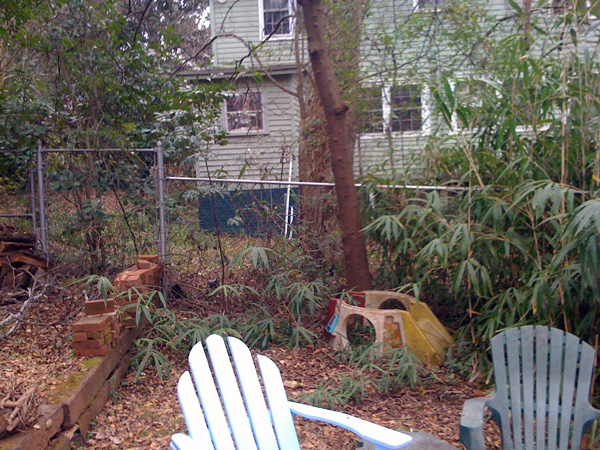 Well. One feels naked. As it were.

So now I’m in the market for artistic/nice ways to obscure the view here. More bamboo, clearly, although that won’t work along the western/back fence. Climbing vines of some kind, perhaps.

The floor is open for discussion.