A full day in the labyrinth. 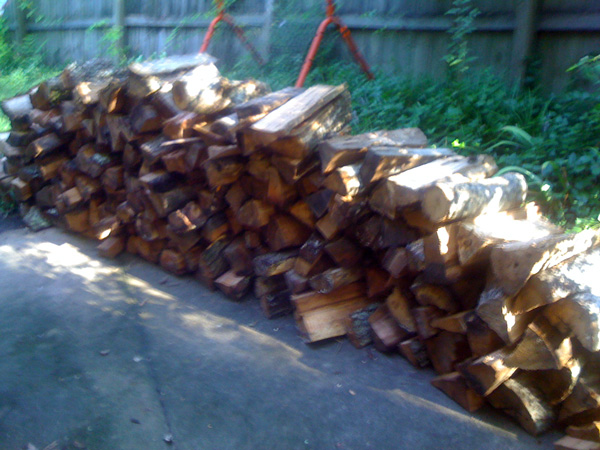 As you can see, the Lichtenbergians are set for the fall. We can drain many a bottle of absinthe without worrying about the fire going out.

I also had this heavy limb to deal with: 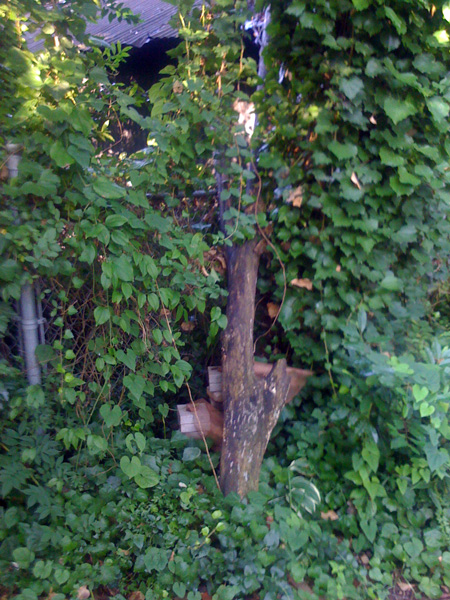 Some of you may remember it as the huge limb perched atop my neighbor’s corrugated metal shack. I had tried to get it down earlier in the year, but it was just too big and the upper branches were over the top of the roof.

Somehow, however, it got loose this past week while we were gone and slid on down, knocking the lighting fixture at the southpoint awry. Now I could get at it and saw it into three largish pieces, which were then chopped into more firewood. The lighting fixture was easily restored. 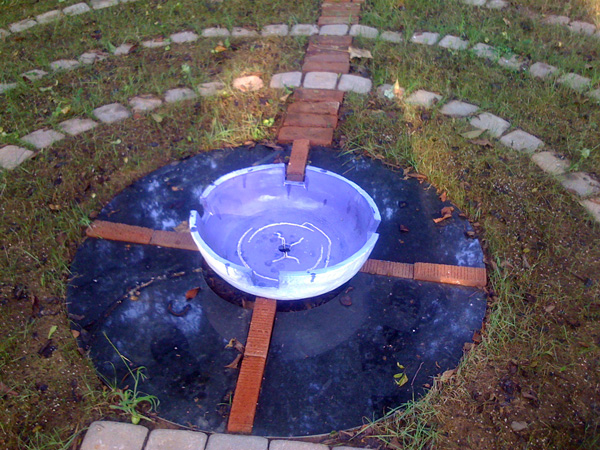 Of course, the first part of the installation process is to patch those cracks. It turns out that Home Depot does not carry PC-11 marine epoxy, and Sewell Marine has never heard of it. So much for shopping locally. Still, Ace Hardware does carry it, and even has free “to store” shipping, so I’ll be popping by Turkey Creek Road in the next few days, and then we can begin what I’m sure will be many interesting escapades with epoxy.

I will dig a hole about 20 inches across and about 3 feet deep, or until I reach the former topsoil under the red clay dumped on top it during construction of our addition. Into this hole I will put a 6-inch wide piece of PVC pipe. That will be filled with rock/large gravel, as will the space around it. The bowl will rest on top of the pipe, and then the brick and granite can go back in place.

Let me know if you see any flaws in this plan. 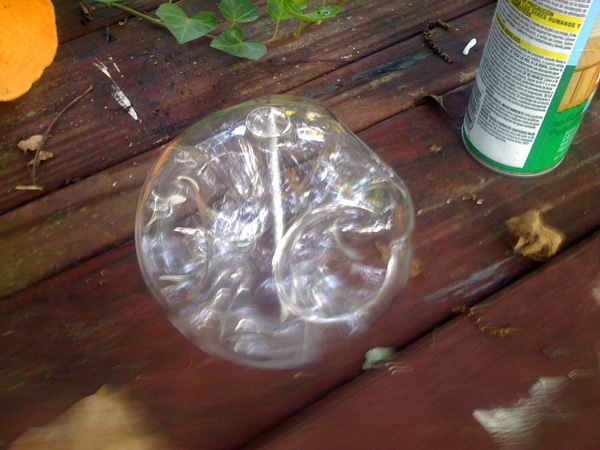 My thinking was that I would find a vase with a heavy base, and that this would rest in the center of the bowl when it was filled with water. Fire and water, see?

Lo, the very next morning at the antiques show, there it was: 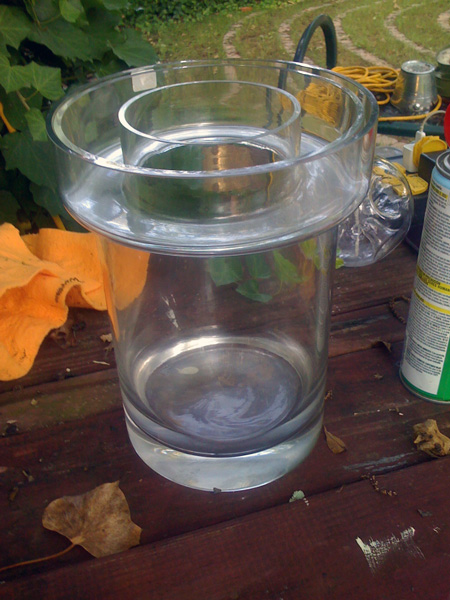 Here it is with the oil lamp in it: 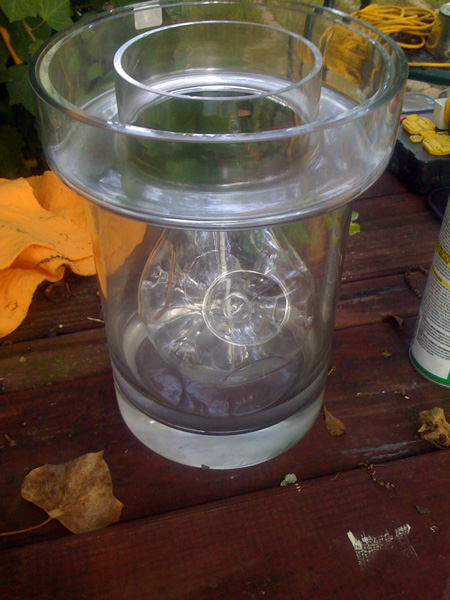 Heavy glass bottom, and that odd shape with the insert. Perfect. I could put dirt in the top, and have earth, air, fire, and water all in one at the center of the labyrinth.

Because… that’s what I will have around the periphery: 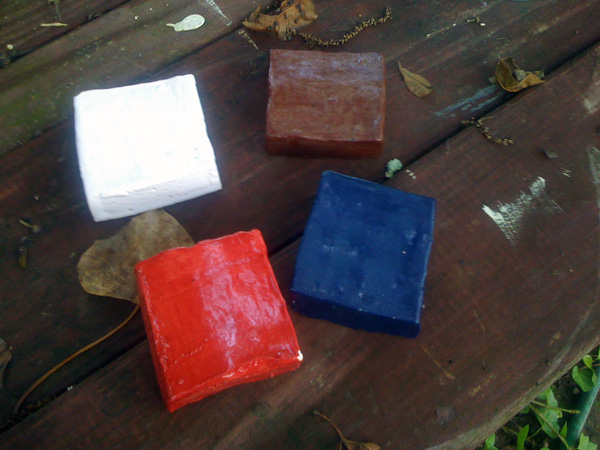 These are the cutouts from the bowl, glazed with some pretty awful colors. But hey, it’s a start. I got a quickie gold leaf kit from Michael’s, and in less than 30 minutes: 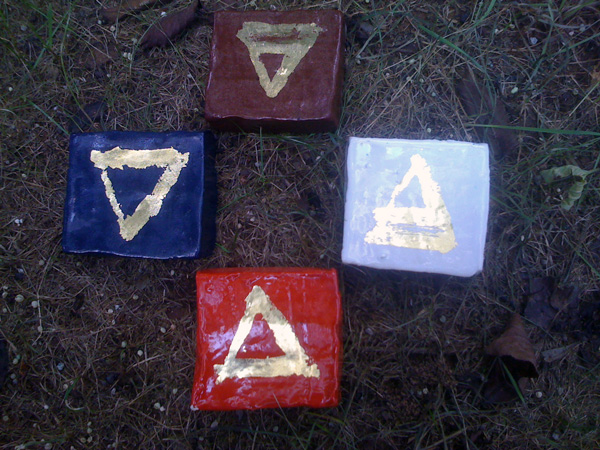 Definitely a successive approximation. I’m thinking I could find some paint/stain for the actual paving stones in the labyrinth, stain the four stones, and gold leaf the alchemical symbols onto those. Or when I return to GHP in 2011, I can make nice markers. Any other ideas?