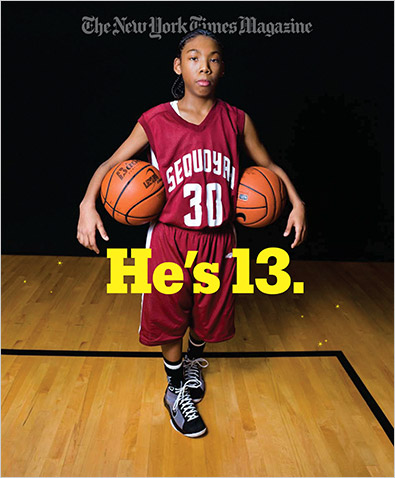 Here’s a great article about Allonzo Trier and all that he represents. You can go read it if you like.

What the article does not tell you is that Allonzo has a little brother, Geraldo. Geraldo displayed an early interest in the family’s piano, plunking out tunes when he was three-and-a-half. By the time he was four, he could mimic anything he heard on the radio.

One day when he was five, he heard a Philip Glass piano piece on the radio (he keeps his radio tuned to the local NPR station), went to the piano, and played it from memory.

He had to do a book report on a prominent African-American in second grade, and he astonished his teacher by writing a small musical about how Frederick Douglass escaped from slavery. He wanted to do the famous man’s whole life, but he didn’t have time, he said. His teacher, Ms. Barbara King, thought it was cute.

In short, Geraldo shows every sign of being another Mozart or Bernstein just like his big brother does of being the next Lebron James.

But he can rot in hell.