Yes, I know it looks as if I’ve abandoned the blog. But I haven’t done anything for the last two weeks because the air conditioner in my attic study was broken and I couldn’t work on anything major. A laptop actually on one’s lap in the living room is not quite conducive to extended bouts of creativity. Anyway, I should be back on schedule this week, and then, my faithful readers, you’ll have something to read.

In the meantime, there’s this purely American phenomenon to distract you. Yesterday, my family and I were out shopping, and in the parking lot of Target was a jeep-like vehicle. From its tow thingie were dangling two very large and very red bulbous shapes.

What is that, my lovely and sometimes naive wife wondered.

Grayson and I clued her in: it’s a scrotum. Testicles. Balls.

Maybe if I had an iPhone I would remember that I am equipped to snap a photograph on the spot, but since I bought my phone to be just a phone until I get an iPhone next year, I keep forgetting that I can whip that sucker out and document the atrocities. So there’s no picture of this marvel. However, I feel sure my faithful readers will have no problem at all envisioning this. (And if you’re a liar and say you can’t quite see it, look here.)

But that was not enough. Above this dude’s testicular display, on the rear window, was a very large decal: Calvin, kneeling in prayer before the cross, with the statement, “Every knee shall bow,” in Old English text, of course.

Is it just me, or is there a disjunct between those two cultural signifiers?

Let me rephrase that: Shouldn’t there be a disjunct between those two cultural signifiers? Because, unfortunately, there’s not. 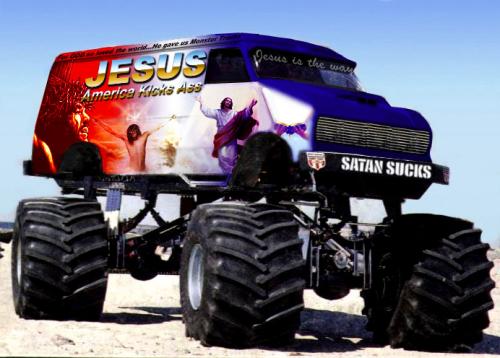 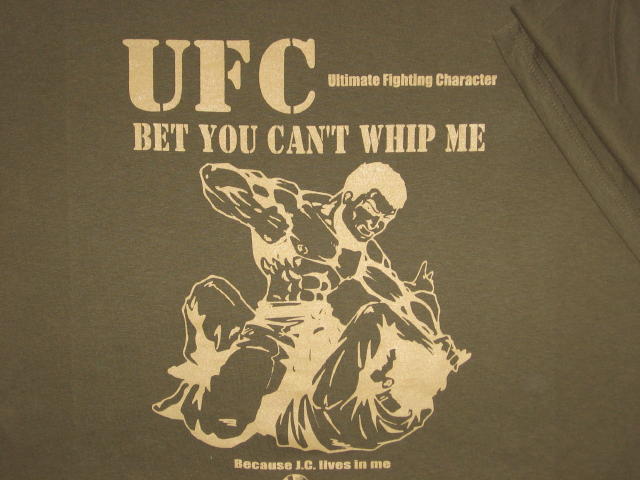 This is from a t-shirt sold by Operation Straight Up Tour, a group officially promoted by the Pentagon; it is an “evangelical entertainment troupe that actively proselytizes among active-duty members of the US military.” (quote from Max Blumenthal, writing in The Nation)

Shall we take care of the snickering first? Such is my readership that I think I don’t have to point out the Tom of Finland [NSFW] allusions in this Straight Up (what were they thinking?) merchandise. Is it possible, how is it possible, that our young men in uniform can look at this shirt and think, “Wow! That’s tough!” and not “I don’t know, Sarge, that looks a little homoerotic to me…”? [If I were very evil, I could continue with: Sarge says, “Hm. Take off your shirt and sit on my face and let’s see.”]

Enough of that. No, I said, enough of that. Back to our main point, which is that if I learned anything in Sunday School at First Baptist, it was that the main idea of the Christ’s teachings was that we didn’t beat up the other guys. Moreover, if they offered to whip us, we should let them. No, really, that’s what he said. Not a lot of wiggle room there.

So who are these people with Jesus Trucks and queer bodybuilders and badass attitudes? Besides Republican voters, I mean. Really, if one owns a t-shirt that says “Because J.C. lives in me,” should one be threatening the rest of the populace with violence? Or imprecatory prayer?

Is this testosterone-addled abomination now what Christianity has become?