The other day I got an invitation to submit something to the “Outside the Bachs” competition, administered by composer Mark Burrows for the Choral Union of the First United Methodist Church in Forth Worth. This is not as big a deal as it sounds. As a member of the American Composers Forum, I often get notices of competitions like this. Last year, I submitted something (I’ve already forgotten what), so now I’m on their mailing list.

Still, if I can, I’ll come up with something. It has to be SATB, piano or organ accompaniment, sacred text, not necessarily Christian. My problem is that I have to find a text.

In the middle of the night last night, as I lay awake for one reason or another, I thought about this:

O Elbereth, Star-kindler! You of course recognize it as the hymn sung to Varda, Queen of the Valar, by the Elves of Middle-Earth. Certainly a sacred text, if not quite what Mark Burrows had in mind. It would be a lovely challenge to set to music.

I will pause for a moment to see if you can think of why this text might be problematic.

Yes, of course, you see, it took me a few minutes of thought to remember that this is not in fact an ancient text, but a copyrighted work of fiction, not even 100 years old, written by John Ronald Reuel Tolkien. I cannot set it to music without getting permission from the copyright holder, or in this case, his literary executor, Christopher Tolkien.

Which brings me to my actual topic today: copyright and the commons. Recently, in the august pages of the New York Times, novelist and right-wing arse Mark Helprin wrote a guest column in which he wondered exactly why intellectual property is treated so very differently from real property. His main point, as far as I could tell — the man does not write well — was that if you build a business or a building, the government does not step in after you’re dead and dismantle it, depriving your heirs of the income of your property. So why, oh why, will his heirs not receive the royalties from his books in perpetuity?

He presents no evidence as to why this is a good idea for society, nor does he present any counterclaims to his whining. This is remarkable, because he actually filled half the editorial page with this column, and yet the actual content of his argument is no more than what I have just summarized.

I don’t think he was lazy. I think he was dishonest. Any real argument as to the validity or even desirability of his proposal would have to include a discussion of the concept of the “commons,” and almost anyone who bothered to read the column would see straight through his specious logic.

The upside of this was that everyone created constantly. They had to if they wanted to keep making a living. Shakespeare didn’t publish his plays during his lifetime because if he did, his company would lose their exclusive production rights. And that was the downside. You couldn’t be assured of the income of your works because anyone else could print them and sell them without paying you a farthing.

So eventually, a couple hundred years ago, the concept of copyright emerged. Like the concept of the corporation, it was conceived as a temporary stay against the claims of the commons, i.e., what one of us creates belongs to all of us, but for a little while, we’ll allow you exclusive right to any income produced by your work. After that limited time, it goes into the pot with everything else to enrich all our lives. Keep creating!

At first, copyright was very limited, like fourteen years, much like today’s patents for new medicines (which is seven years, after which we get to pay lower prices for generic versions). As time went on, laws extended copyright for longer and longer until now it’s the life of the author plus 70 years, and for a corporation, 95 years. This means that I won’t be able to use A Elbereth Gilthoniel until 2043, when it will enter the public domain 70 years after Tolkien’s death.

It also means that Walt Disney Co. gets to keep Steamboat Willie out of the public domain. The 1998 law that extended copyright is known as the “Mickey Mouse Protection Act” in some cynical quarters, and that’s what this is all about: protecting income for corporations. Disney is ferocious in guarding its copyrights and trademarks, and the idea that the first Mickey Mouse cartoon was about to be free drove them all insane.

All Mark Helprin is doing, in his conservative little way, is hopping on Disney’s juggernaut. Screw the common good; just give him his share. Forever. This, from the author of: 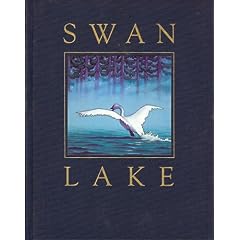 Was there any trace of irony in Helprin’s column? Nope, just very very sincere self-interest.