Whether it turns out to be a Thing remains to be seen, but if it does, I want this on the record.

Donald J. Trump, the Republican candidate for President of the United States, has been saying outrageous, jawdropping shit since the very beginning of his campaign: Mexican immigrants are rapists; we should kill the families of terrorists; on and on and on, until yesterday’s1 snarky comment requesting that Vladimir Putin hack Hillary Clinton’s emails.

In other words, a candidate for the highest office in the world invited a foreign power to a) cyberattack his opponent, thereby b) influencing an American election.

Can you imagine, I thought, how the howler monkeys would react if Hillary Clinton had said or done any of these things?

We would never hear the end of it, would we?

And so I did.  I made up “screenshots” of Fox News with a chyron at the bottom framing Trump’s words and actions as if they had been said by Clinton.  Often I used Trump’s own words. 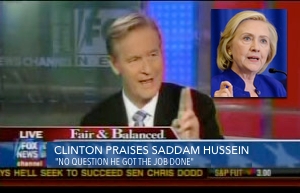 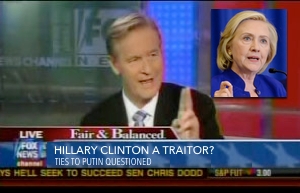 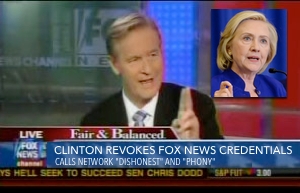 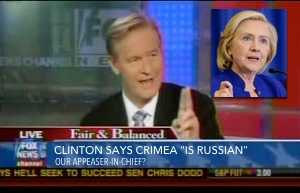 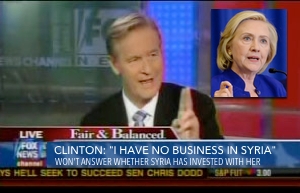 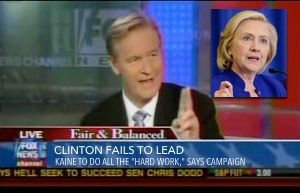 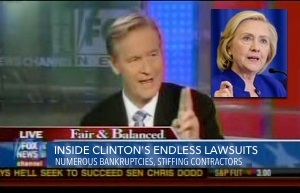 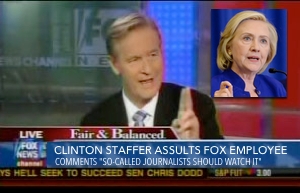 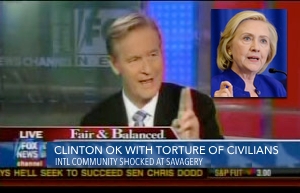 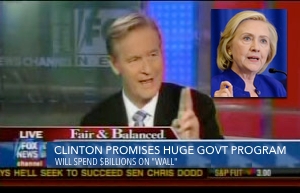 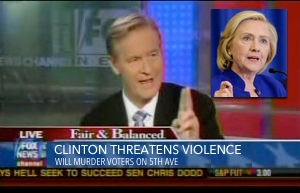 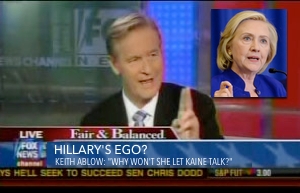 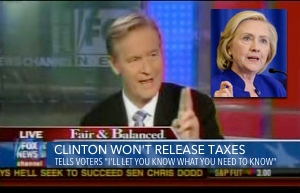 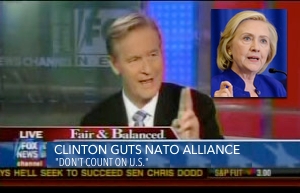 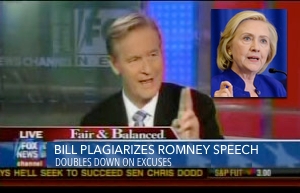 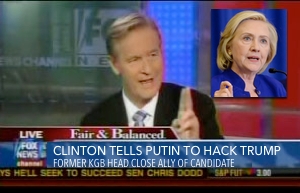 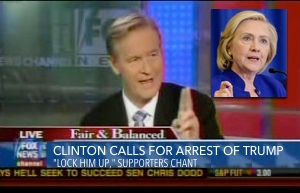 I then posted all of these on Facebook, without comment.  My liberal friends were puzzled at first, then one by one they caught on.

Here’s one consequence that I think is possible: these are going to get shared, and at some point, one or more of them is going to take on a life of its own.  It’s going to become one of those memes that infect your stream, and probably it’s going to be shared by conservative amygdalas who want to hammer Clinton as hard as they can.2  Since they have spent the last five months practically ignoring Trump saying these things, it won’t even dawn on them that they’re being lied to.3

So if any of these go viral and it all starts getting crazy, then Snopes, here I am.  I did it.  I did all of them.  None of them are true.  They are performance art: imagine if a Democratic politician, particularly Hillary Clinton, had said or done the things that Donald Trump has done.  Fox & Friends would have gone apoplectic.

And for those who got suckered in: no, Snopes is not a “liberal” website.  It’s unfortunate that, as Stephen Colbert always said, “facts have a liberal bias,” but there you go.  Hillary Clinton never said any of those things.  And Fox didn’t gig her for it.  I made it up.  Snopes is correct.

You can find it via Google Image search: fox news chyron

Incidentally, I’m not sharing this post on Facebook, the more better for the joke, I hope.  However, I don’t think it would matter to some of the amygdalas if they followed a link here.  Some of them I’ve dealt with recently would read that these things are not true and that I know because I created them to be deliberate lies, and they would still believe that they could be true.  Even after reading that sentence, they wouldn’t believe it.  Watch and see.

3 It never dawns on them.  See my post on the NFL banning the National Anthem, or the recent idiocy about the Democratic National Convention banning the American flag.

One thought on “I wish to confess.”