You will recall that, having decided that I wanted to go to Burning Man Festival, I had to decide what to do that qualified as Participation.  It had to be transportable and not too expensive, and I at least wanted it to be meaningful.  I mean, I could  just grow a beard and throw on a tutu and that would be sleazy but part of the scene.  But I want more.

I’ve  spent a lot of time over the last two or three years studying ritual and how it functions in our lives—posts for another series, perhaps—and so naturally I began to think in those terms.  Another concern of mine has been that of aging, especially the relationship between our physical bodies’ decay and our interior growth.  What does it mean to be an old man?

First, the physicality.  There is no question that there is a difference between these three photos: 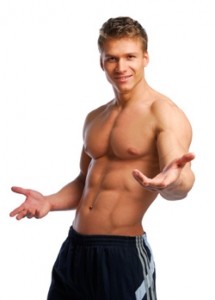 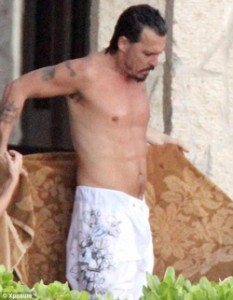 That’s one reason I find this guy disturbing:

There’s just something wrong here.  His face tells us to expect one thing, but his pecs and abs are telling us another.  There is a conflict, too, between his buff physique and the actual skin he owns; it’s not the skin of the young man above.  He’s a chimera.

No—while I’m not completely happy with my physique, I am proud to have earned my 60 years, and my Burning Man offering should reflect that.  So, ritual and old men is where we’re headed.