Air travel is miserable — that goes without saying these days — and rarely is it more so than on a 9-hour flight to Venice. Even worse, making the trip on what appears to be an antique 767: table trays that are broken; seats that do not recline; and there are no USB ports — what is this, a Conestoga wagon even?

Yes, we’re off again, this time to Italy. “Where in Italy?,” you might ask if you’ve never met my lovely first wife [LFW], because the answer is invariably “All of it, Katie,” and we’re starting in Venice. [1]

We started packing yesterday.  In what is now the Cutest Photograph on the Internet™, Cecil the Pest helped by packing his elephant: 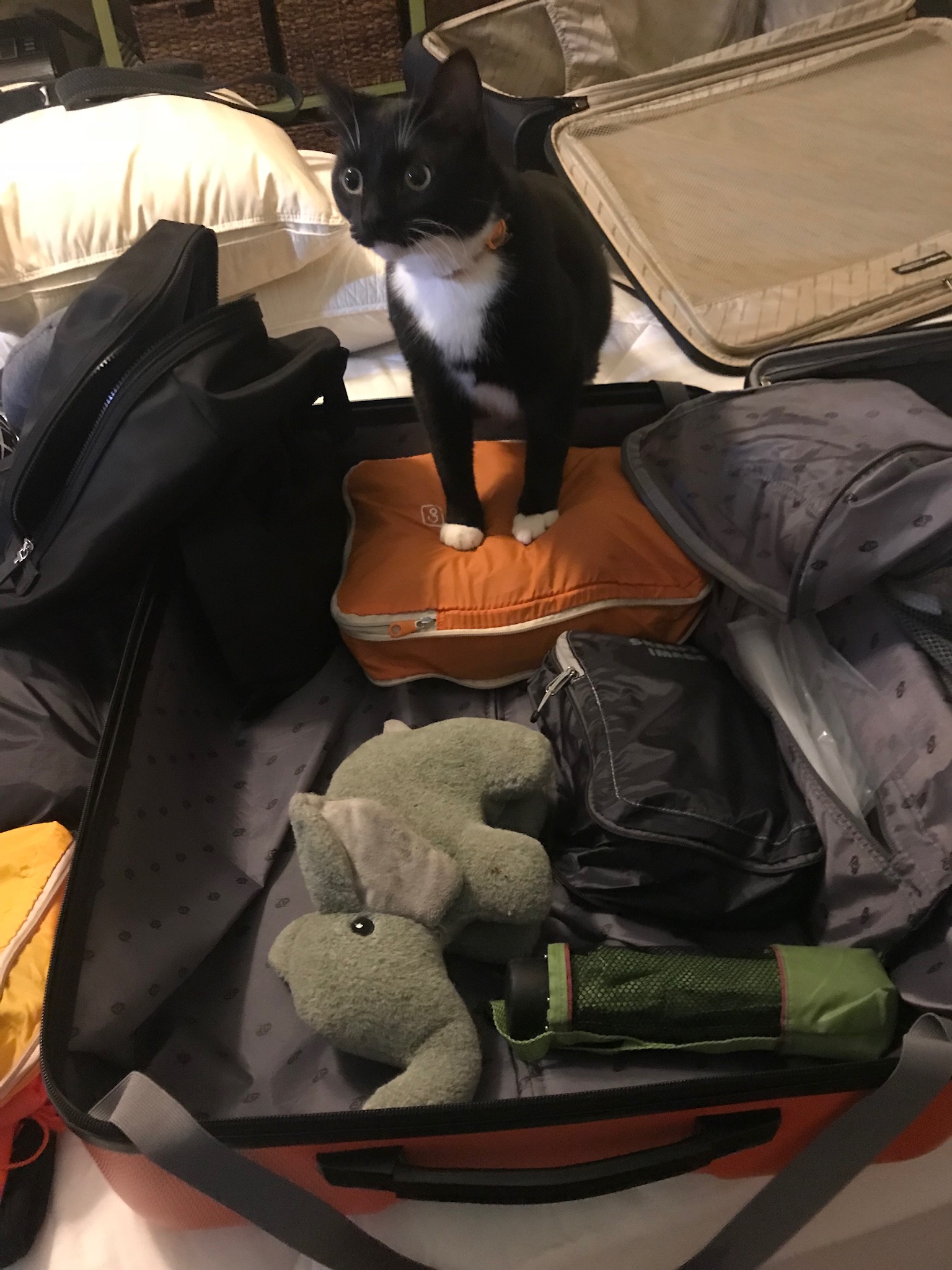 He is An Goofball.

The flight was long, of course, but there were Alps: 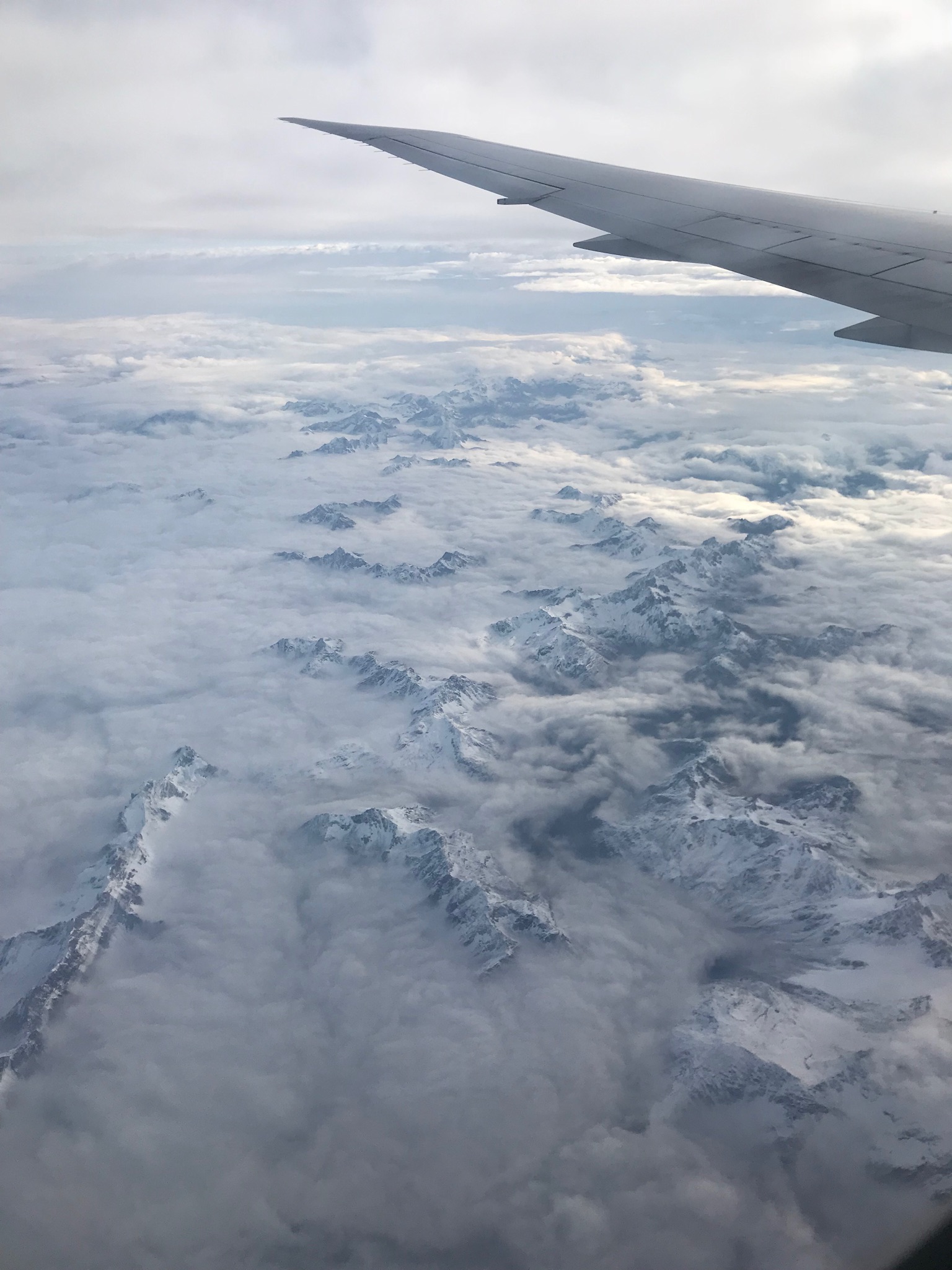 Hartsfield-Atlanta may be efficient and huge, but does it have water taxis? 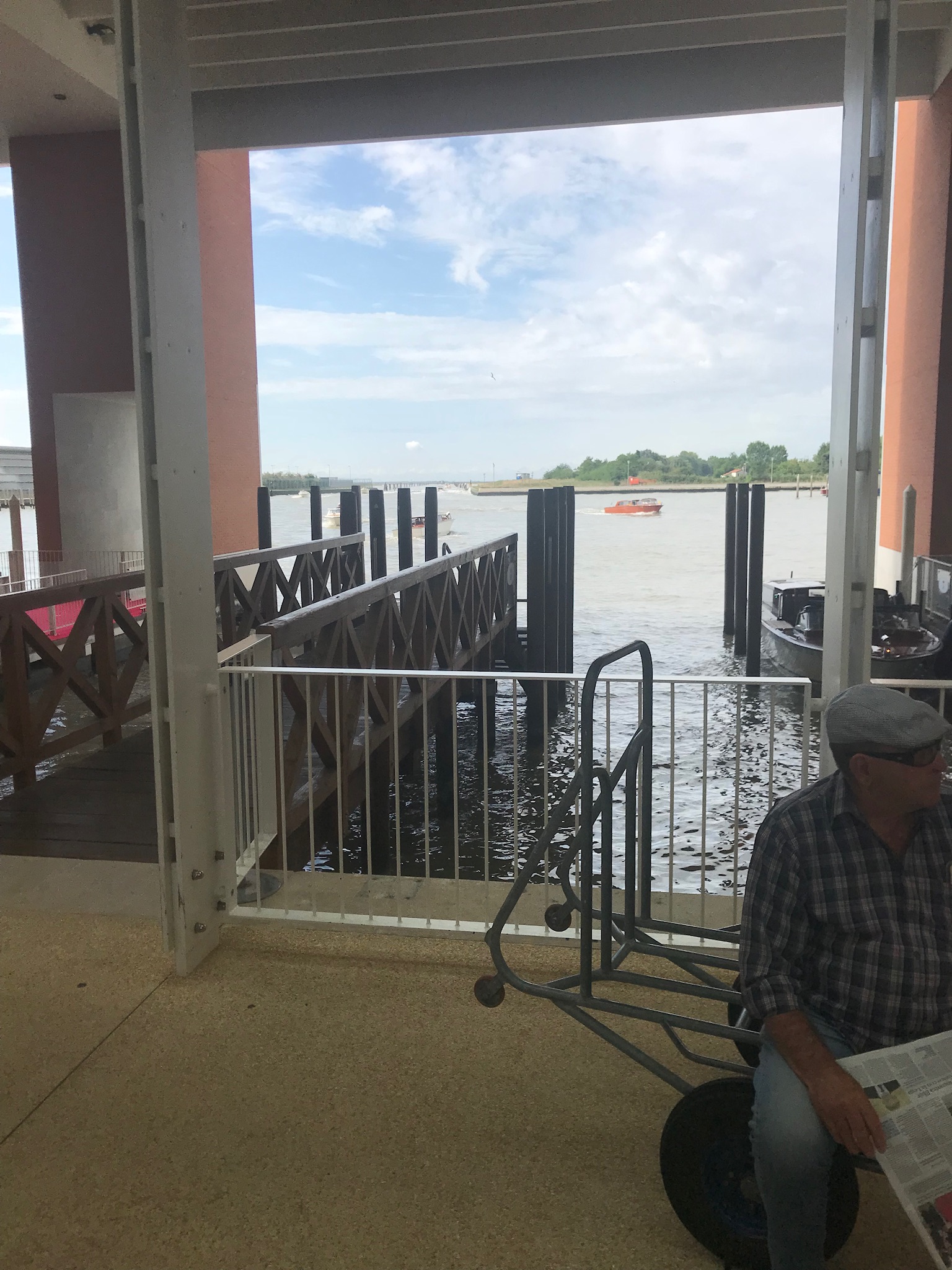 The ride into town, so to speak, was fun, zipping along in the boat, bouncing off waves and wakes. We arrived at the Grand Canal, and yes, it’s grand. 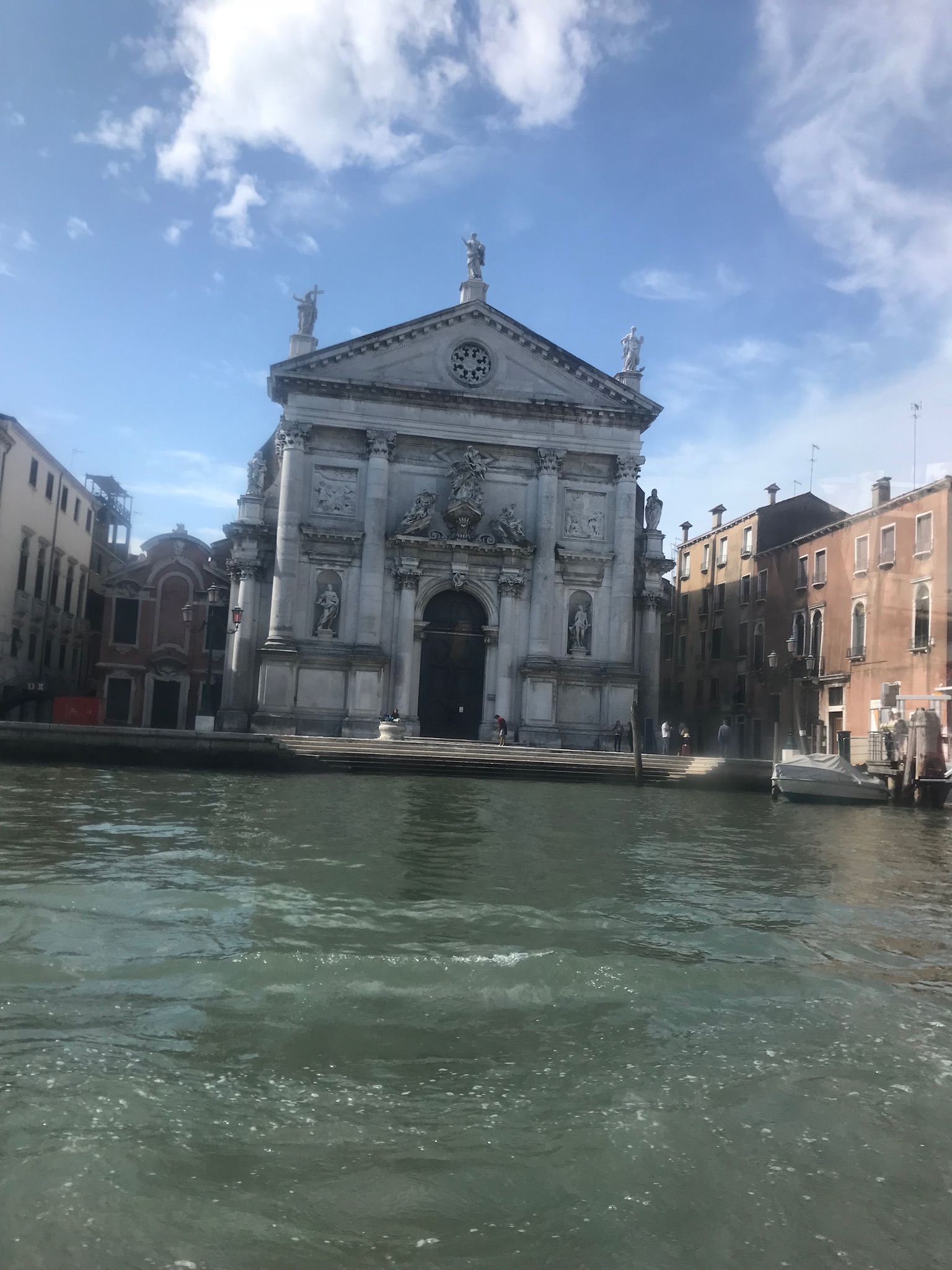 We are traveling with Gate 1, our first time with this group.  (You may recall that last spring we did the Danube with Viking River Cruises.) We have been put up at the Hotel Bellini, on the Grand Canal. 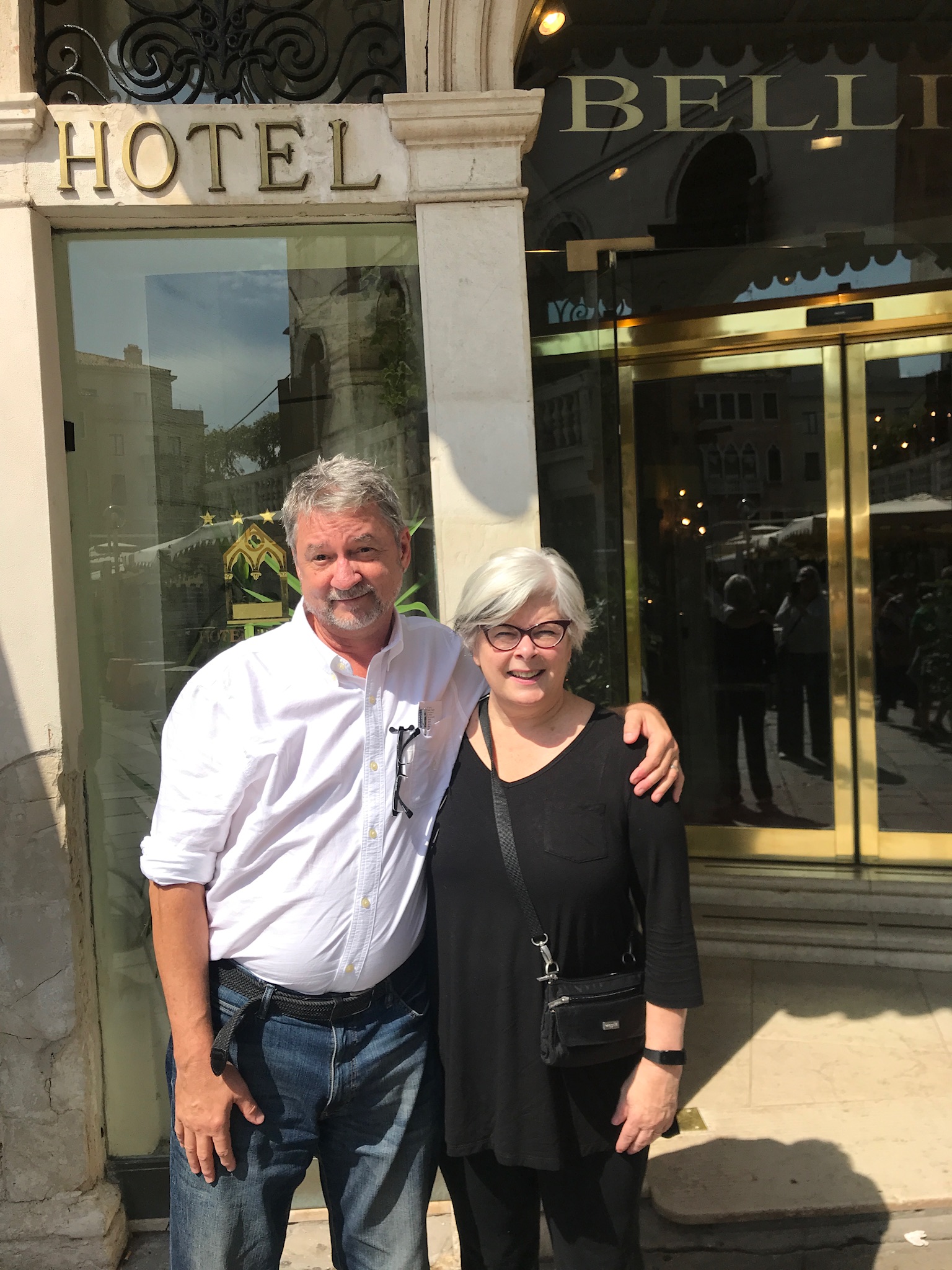 We strolled along our street, had lunch at Trattoria Pedrocchi, and strolled around some more along the Grand Canal and some side streets.  I was greeted warmly by a lovely long-hair black cat, who plopped for a belly scratch. I did not get a photo of him/her, but around the corner was this regal beast: 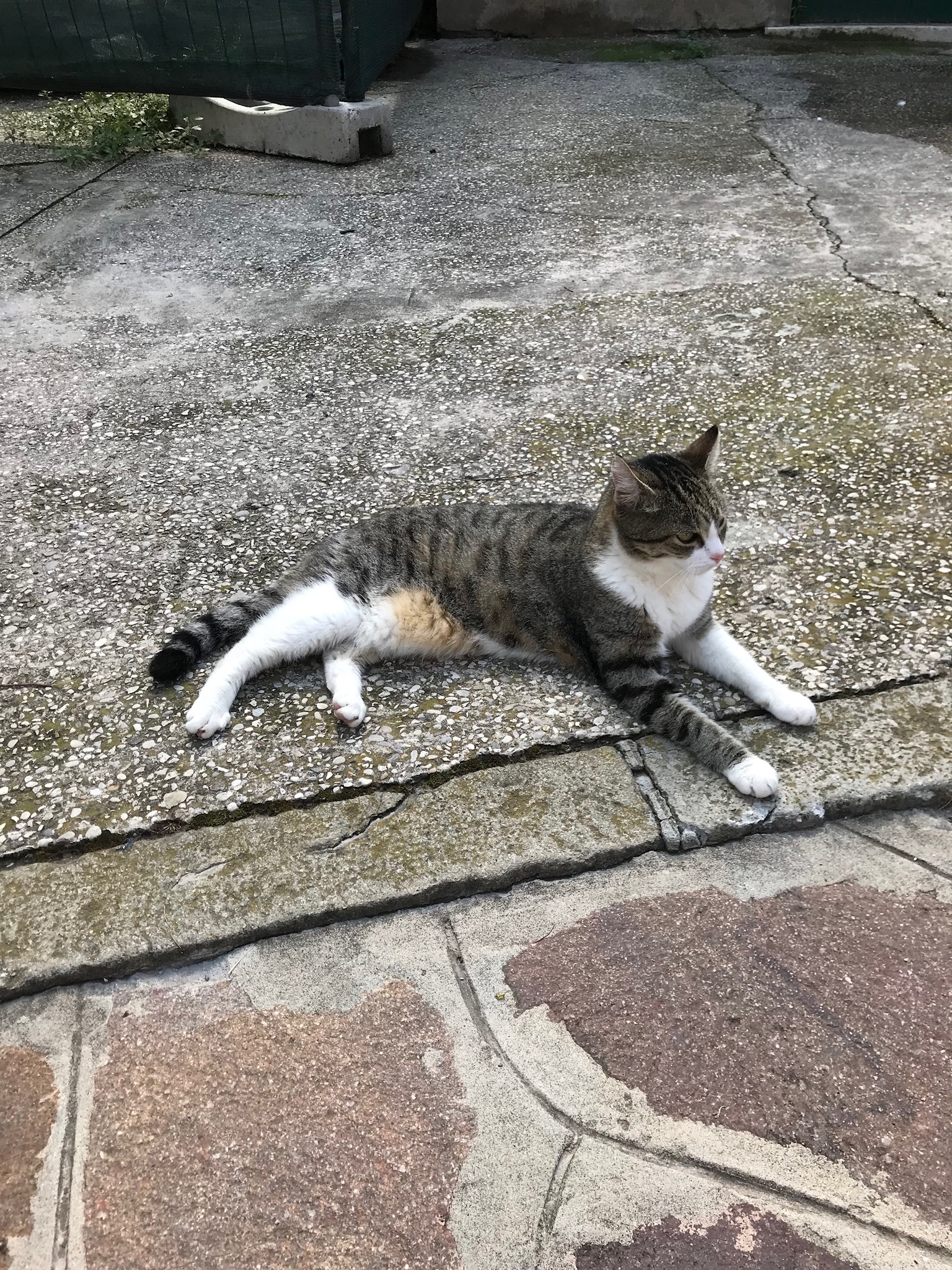 She deigned to sniff my hand.

We headed back to check into our rooms, whereupon we crashed until the official 6:00 meeting with Ignazio, our tour manager.  A lovely dinner at the hotel restaurant, and one last passeggiata along the canal. 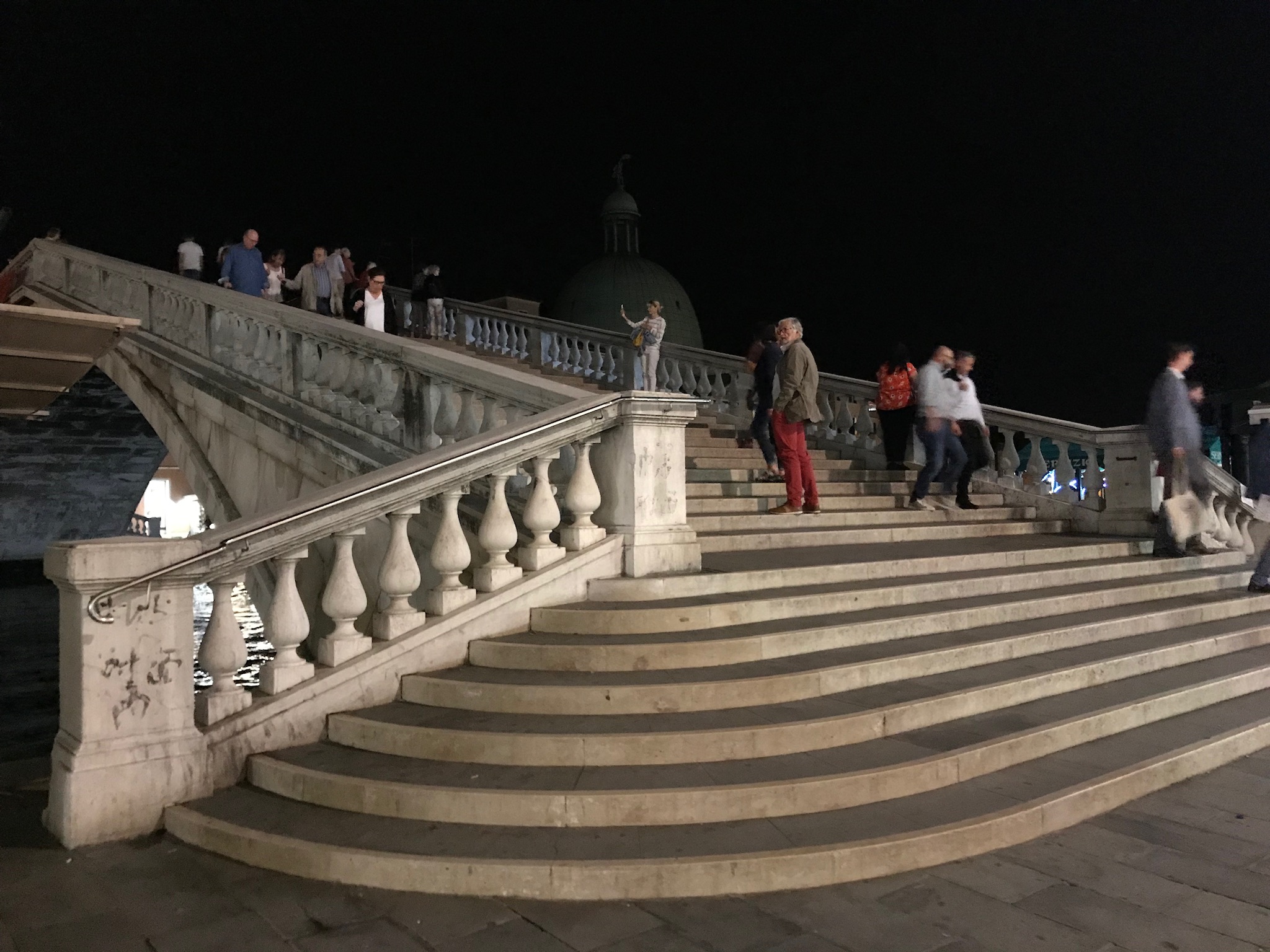 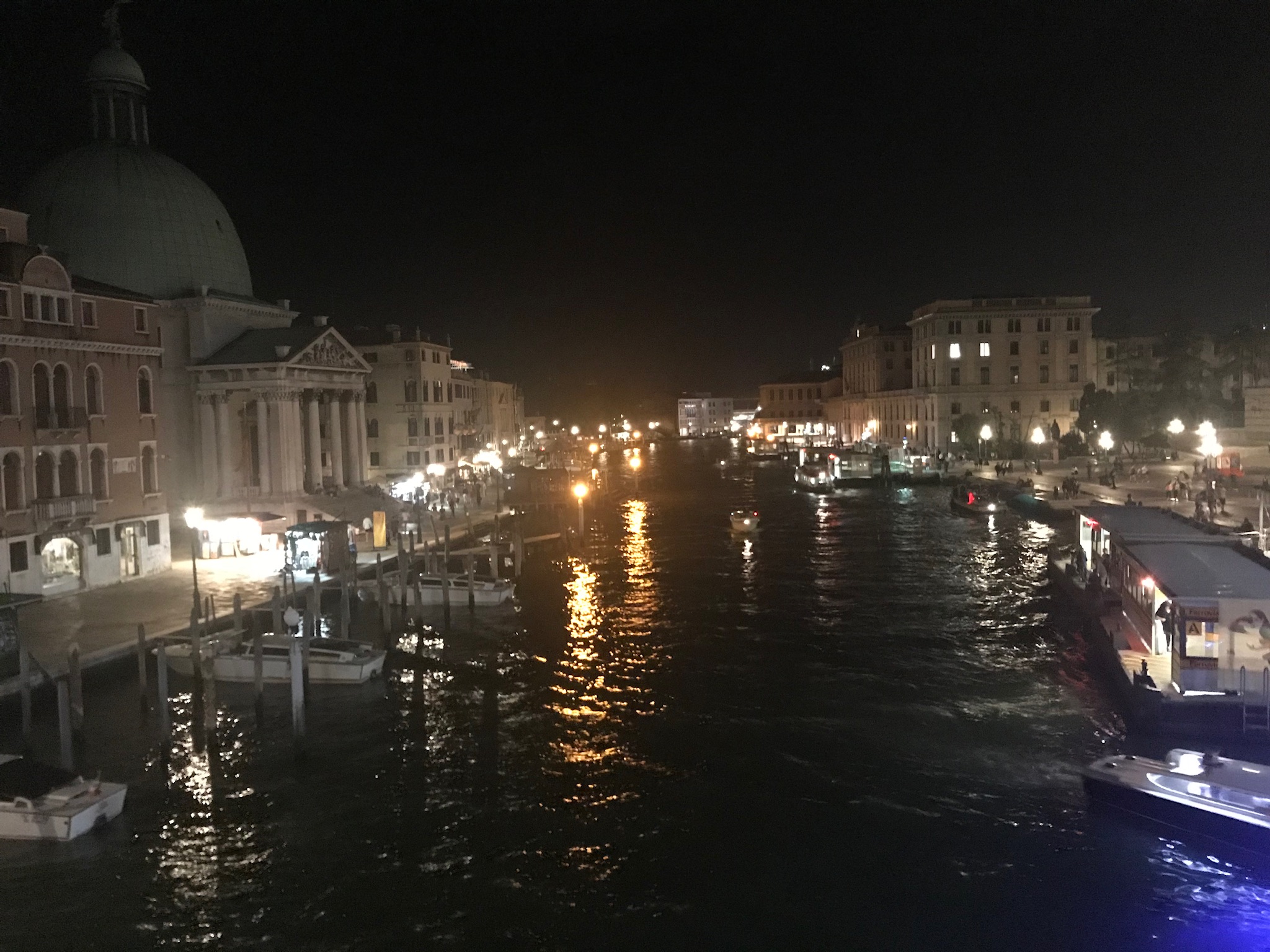 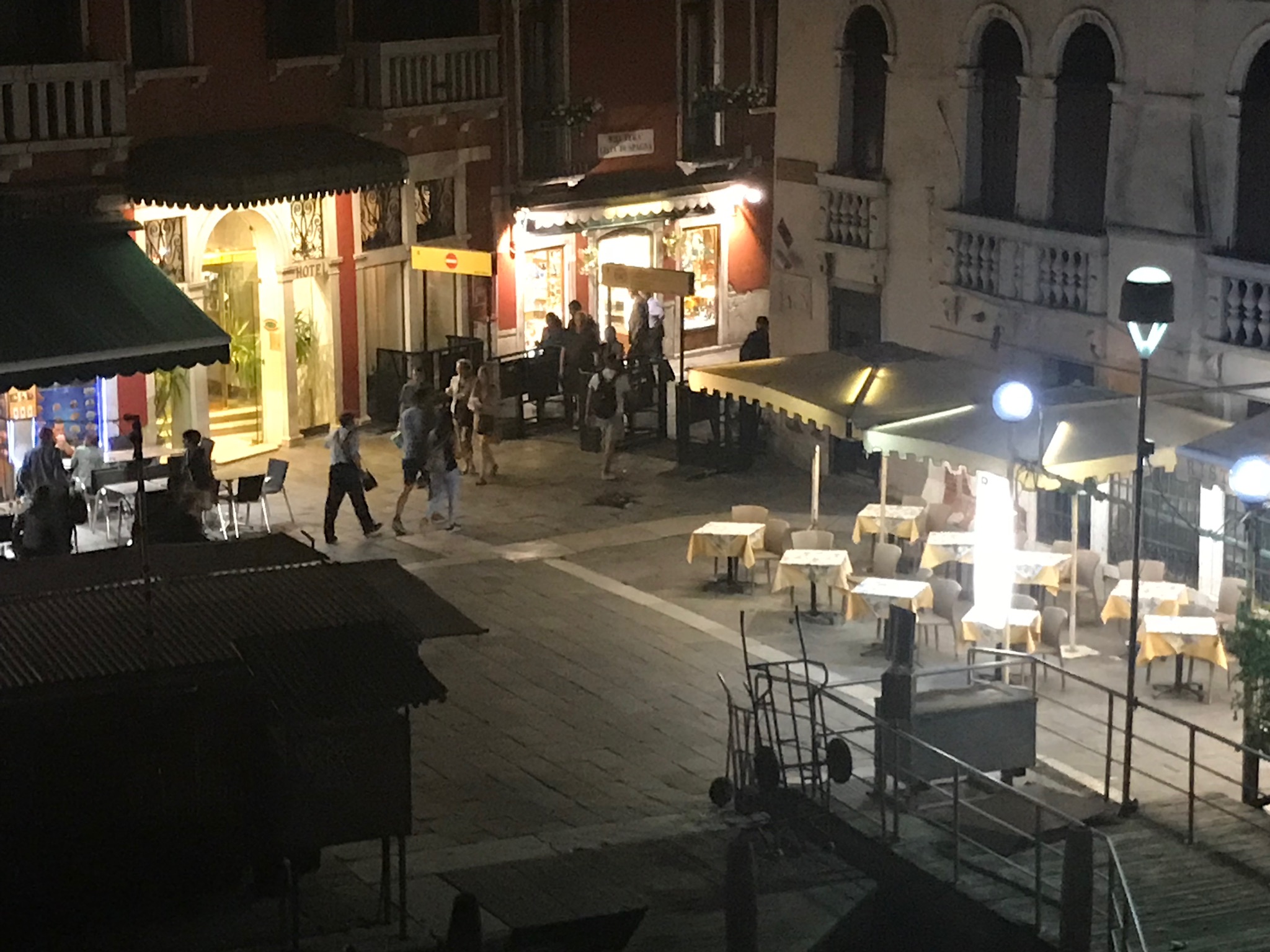 [1] This is our standard warning that we have four almost fully functioning adults living our house, so to those among my readers who are compulsive burglars—as my LFW seems to think you are—you can give that idea right up as a bad deal all round.