You will recall that on Monday I began making gin.

Yesterday I finished making gin.  This is a true thing.

On Monday, I put some juniper berries in some vodka to soak for 24 hours.  On Tuesday, I added what we in the gin industry refer to as “botanicals”: 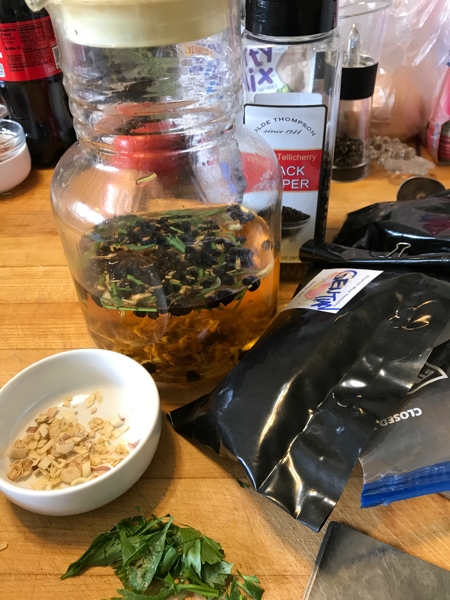 There’s angelica root, gentian root, star anise, lemongrass, lemon peel, black pepper, and lovage (which had survived in the garden enough to give me what I needed).  Based on cursory reading on the intertubes, I measured out two grams of everything and dumped it all in.  It steeped overnight.

Yesterday I began taste-testing it, and by lunchtime it was clear that the botanicals—the lovage in particular—were threatening to overwhelm the gin qua gin.  I strained everything out, doubled the amount of vodka to dilute it, put more juniper in, added some coriander, and let it ride until cocktail hour.  Then I strained it all out, bottled it, and began testing it.

Okay, so… it’s not a sippable gin.  This will never compete with Ayrer’s Single Malt Gin from Nuremberg, for example.  More work is required before I get to that point. 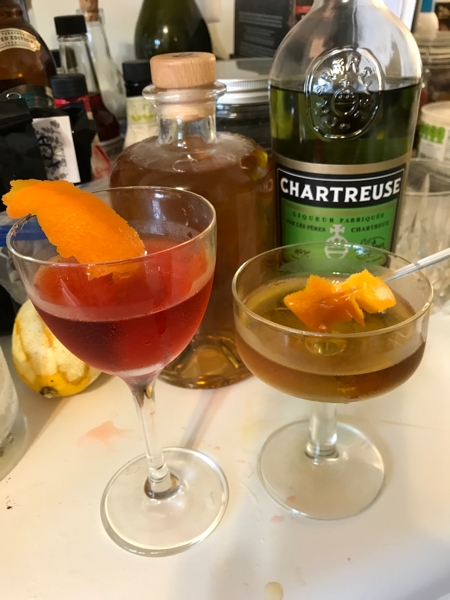 Negroni on the left; Bijou on the right.  Both were good; although I was apparently not in the mood for a Negroni, I finished the Bijou with relish. 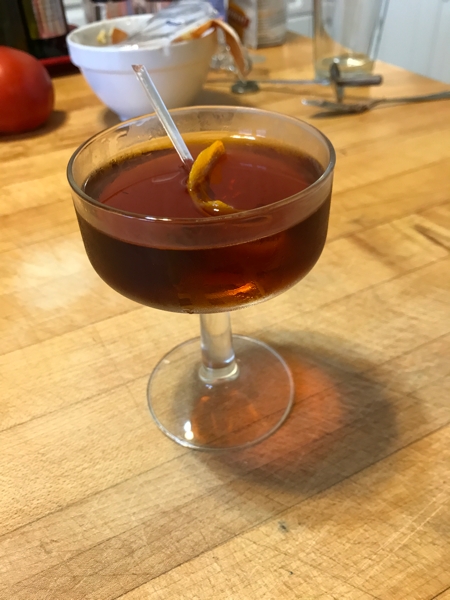 The Smoky Topaz. Oh my.  My recipe calls for barrel-aged gin, but this gin added several other dimensions to this most fabulous of cocktails.  That which is a too-strong presence of lovage when you sip the gin straight becomes a fantastic lingering undertone in the Smoky Topaz. 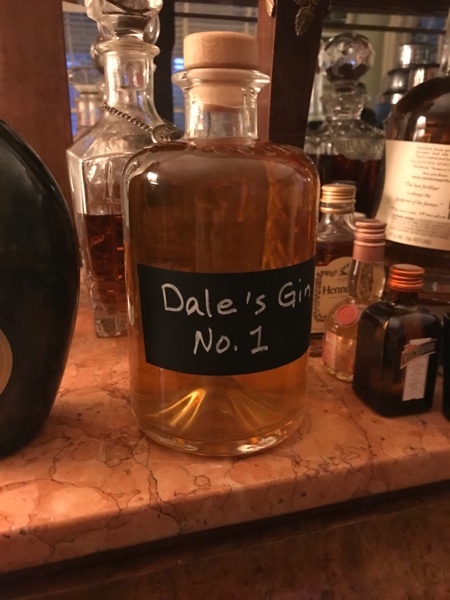 The trick will be seeing if I can repeat it.